A distinct aspect of an individual sponsorship is that it generates a personal connection between the donor and the sponsored child. This connection, which is often perceived as beneficial for the child, can lead to unrealistic and unattainable expectations for both parties.
Both the sponsor and the child can develop false hopes and the child runs the risk of having these frustrations build over time.

Individual sponsorship can also lead to significant problems for the child in the event of the sponsor withdrawing. In fact, if the donor decides to stop his patronage and the organization cannot find a replacement the child will lose all external help and all of his efforts will have been in vain.

Furthermore, the sponsor may believe they have legal rights over the child, or at least the right to influence their personal and spiritual development. Many organizations demand a religious education for the sponsored child in order for him to adopt the same religious orientation of the sponsor.

Despite proofreading carried out by the NGO, letters exchanged between the two parties can be culturally inappropriate. In fact in many cases the letter exchange does not take into account the cultural environment of the recipient which can create cultural confusion for the child in question.

Another disadvantage of individual child sponsorship is that the aid is given to only one child. This can create feelings of jealousy from the other children who don’t receive any help. The non-sponsored children can feel ‘unworthy’ of receiving aid and their self-confidence can begin to diminish. Moreover, if the children are in the same classroom, the teacher may have a tendency to pay more attention to the sponsored children while casting the others aside.
The child receiving aid can develop feelings of guilt in regards to his classmates. These repercussions reinforce inequality and stall the potential of the community to help itself. 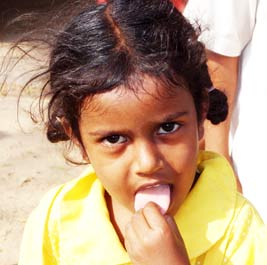 An individual sponsorship can also cause the parents of the child to feel humiliated for not being able to meet the needs of their child and embarrassed that a stranger has assumed responsibility in their place. They may feel frustrated that only one of their children receives help. The brothers and sisters of a sponsored child may develop feelings of jealousy as well. Consequently, the sponsored child can find himself isolated from both family and friends.

In many cases, when the sponsored child has finished school he cannot find a job in his own village that corresponds with the level of his training. He is often forced to leave his village and relocate to work in the city which negates his potential to help his community. However, he may prefer to stay in his village and will find himself frustrated due to not being able to find work that is adequate to his level of schooling. The other children in the village may then be discouraged to continue their education. Sponsored children may feel obligated to pursue their education in order to continue receiving aid even though it may be more beneficial for them and their family if they learned a trade useful to their village and began working during adolescence.

The connection between the sponsor and the child is often a relation based on paternalism. In fact, the sponsor may attempt to exert a certain influence or even authority over the child. The personal initiative of the child isn’t encouraged – the situation is always perceived as the rich helping the poor. Frequently, the NGO will require the child to send letters to the sponsor – a practice which forces the child to continually display an air of gratitude. This relationship perpetuates negative stereotypes in which third-world citizens are perceived as passive or helpless. 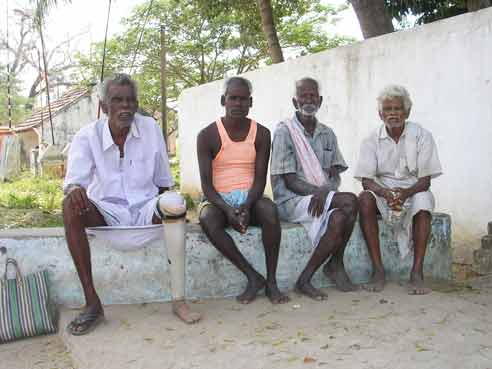 With individual sponsorships, the families are not encouraged to develop lasting initiatives in order to transition out of poverty. This ‘money falling from the sky’ mindset oftentimes has a tendency to discourage the families from working. Individual sponsorships are a form of aid that does not contribute to the lasting development of villages.
This particular type of sponsorship breeds envy and jealousy around the child which has both small and large-scale consequences – the child is unfavorably integrated on a social level and it poses problems from a sustainability perspective for the community.

Humanium is committed to respecting the ethical protection of children and ensures sustainable, effective and fair sponsorships.

To learn more: Advantages of sponsoring a child with Humanium