Freedom is a sacred and inalienable right that all human beings possess. It is the power to act according to its will, while respecting the law and the rights of others.

What are the freedoms of the children?

• Personal liberties : They correspond to the liberties that all individuals possess. The most fundamental personal freedoms are the freedom of speech, expression, movement, thought, consciousness, religion and the right to a private life.

• Collective liberties : They correspond to liberties for groups of people: freedom of association, peaceful meeting, collective labor  and the right to strike.

These liberties are absolute but can be limited (restrictions to the liberties).

Freedom of the children 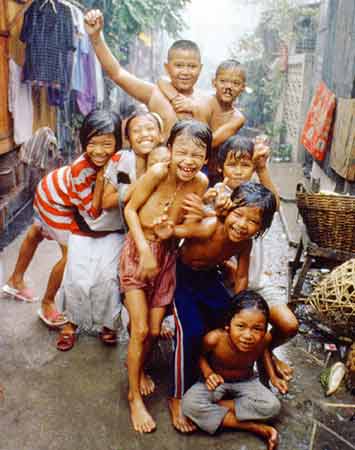 Nevertheless, they have liberties which it is important to respect. It concerns mainly liberties of “citizenship”;  the freedom of speech, expression and association, and “spiritual” or “religious” liberties; the freedom of thought, consciousness and religion.

The rights to liberty of opinion, expression and association of the children

Children have the right, as do the adults, to have an opinion, to express it and to meet in order to share their point of view.

Every child has the right to express freely their opinion on all the questions which concern his/her life. So a child should not be the victim of the pressure of an adult, who would try to force him/her in order to influence them in their opinion or who would prevent them from expressing themselves freely.

The freedom of expression for the children also involves their right to be informed. It is the right of the children to know what happens and to access information which interests them. Then children can comprehend current problems, inquire and build up their own opinion on topical subjects.

Like adults, children have the right to meet in order to consult and react on issues which directly concern their rights and their well-being, but also on news headlines which interest them.

The right of the children to liberty of thought, consciousness and religion

The children have the right, like the adults, to think freely and to adhere to the values, convictions and the religion of their choice.

The freedom of thought is the right for every person to determine freely, in its spirit, its conceptions and its intellectual and spontaneous representations.

The children are free to have thoughts which evolve and change according to their degree of maturity and discernment.

The freedom of conscience is a freedom halfway between the liberties of thought, opinion and the freedom of religion. This freedom, strictly connected to the ethical and philosophical convictions of a person, is the assertion that all human beings have a consciousness and a reason. So, the children are free to determine what will be the principles which will guide their existence.

Children can freely determine the religion or the conviction of their choice, as soon as they reach a sufficient level of discernment. A religion doesn’t have to be imposed to them.