Geneva Declaration of the Rights of the Child, 1924

In 1924, the League of Nations (LON) adopted the Geneva Declaration, a historic document that recognised and affirmed for the first time the existence of rights specific to children and the responsibility of adults towards children.


Origin of the first Declaration of the Rights of the Child 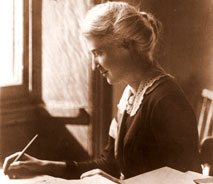 After witnessing the horror of World War I, Eglantyne Jebb realised that children need special protection.

In 1919, with the help of her sister, Dorothy Buxton, Jebb founded the Save the Children Fund in London to provide assistance to and protect children who have experienced war. 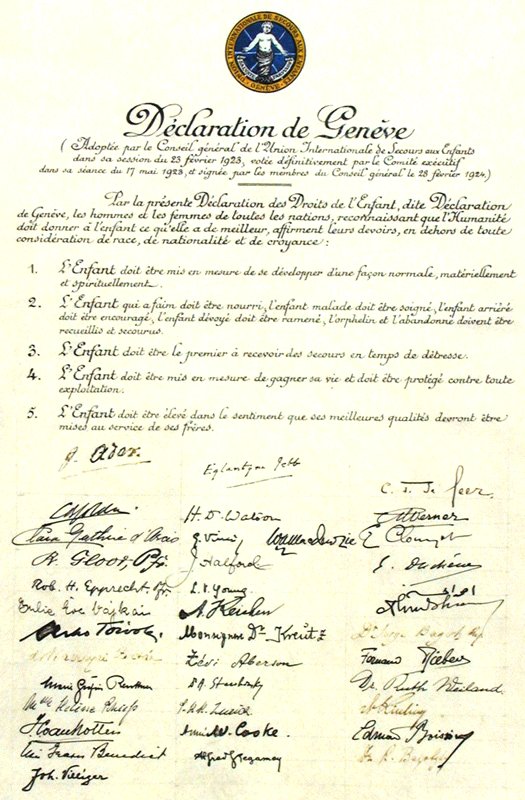 On 23 February 1923, the International Save the Children Union adopted the first version of the Declaration of the Rights of the Child during its fourth general assembly. The draft was later ratified during the fifth general assembly, on 28 February 1924. Jebb sent this document to the League of Nations, saying that she believed “we should claim certain Rights for the children and labour for their universal recognition.”

On 26 September 1924, the League of Nations adopted the declaration and titled it the Geneva Declaration. It was a historic day—the first time specific rights for children were recognised.

The 1924 Geneva Declaration stated that humanity “owes to the Child the best that it has to give.”

“In simple terms, (there is in fact no reference to rights as such) the Declaration points out adults’ obligations to children.”(1)

The fundamental needs of children were summarised in five points. The document discussed the well-being of children and recognised their right to development, assistance, relief and protection.

However, even though the document addressed certain fundamental rights, it was not legally binding.

In 1934, the General Assembly of the League of Nations once again approved the Geneva Declaration . The signatories promised to incorporate the principles of the document into their national laws, but they were not legally bound to do so.