The International Labour Organization (ILO) is the first organisation to regulate child labour. On 26 June 1973, the General Conference of the ILO adopted a legally binding document setting the minimum legal working age at 15 years.

The Minimum Age Set by the Convention 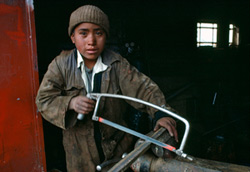 The Convention allows developing countries, whose economy and educational facilities are insufficiently developed, to temporarily set the minimum age for admission to employment at 14 years. This decision must be thoroughly justified.

The ILO has also adopted Recommendation R146 to guide members in the application of this Convention.

The Role of this Convention in Children’s Rights

Convention 138 aims to give children the right to live their childhoods. A child who is not working has a better chance of developing properly, both physically and mentally, and thus becoming a healthy adult.

The minimum age was set at 15 years to best ensure the well-being of the child. This threshold is based on the age when a child’s development (growth, etc.) and basic education are considered complete.

Scope of the Convention

Convention 138 legally binds all the members who ratified it. Thus, of 183 ILO member States (1), 156 have ratified the Convention and are to respect it (2).

However, some member States, where child exploitation is very much a problem, have not ratified it. For example, India, the world’s largest reservoir of child labour, still has not ratified this Convention, contributing to the perpetuation of child labour. 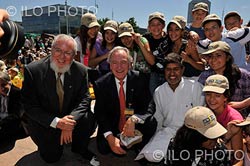 To ensure the Convention is respected, the ILO has established certain control mechanisms. Committees of experts monitor the Convention’s application and examine the progress reports members are obliged to submit.

In addition, the ILO created the International Programme on the Elimination of Child Labour (IPEC) in 1992 with the overall goal of progressively eliminating child labour.