On December 16th 1966, the United Nations General Assembly adopted two covenants in its resolution 2200 A (XXI) : the International Covenant on Civil and Political Rights (ICCPR) and the International Covenant on Economic, Social and Cultural Rights (ICESCR). These covenants are reinforcements concerning the Universal Declaration of Human Rights (1948).

What are the Civil and Political Rights?

The Civil and Political Rights are Human Rights, considered as « liberty rights ». These rights also imply a State abstention of intervention in the liberty of every human.

Historically, these rights enabled the recognition of the human being and its liberties, especially with citizenship rights and protection of physical integrity.

Also, there exists individual liberty : freedom of speech and thought, freedom from torture and slavery, the right to vote…

What are the Economical, Social and Cultural Rights ?

The Economical, Social and Cultural Rights are human rights considered as « debt obligation », which means the State has to step up and take appropriate measurements to guarantee their application (contrary to the Civil and Political Rights).

These rights guarantee every human being an adequate standard of living while simultaneously promoting the continuous improvement of living conditions.

This document also included the right to health, to education, to work, to social security…

Since the December 10th 1948, adoption of the Universal Declaration of Human Rights, the General Assembly asked to the Human Rights Committee to prepare a covenant project.

The goal was to write a text that was legally restrictive in order to complete and reinforce the Declaration, which was solely declaratory. This text aimed to gather all of the Humans Rights (economical, civil, political, social and cultural) and gender equality. 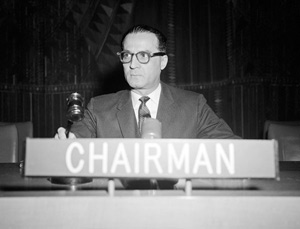 The development of this project was marked by a profound disagreement between the States, reflecting the ideological debates of the current time. Whereas the capitalist States promoted the Liberty Rights, the communist States insisted on  Economical, Social and Cultural Rights.

This scission between the States forced the General Assembly to ask, in 1951, for the writing of two different covenants. The Committee would then elaborate a pact on Civil and Political Rights and another one on Economical, Social and Cultural Rights. 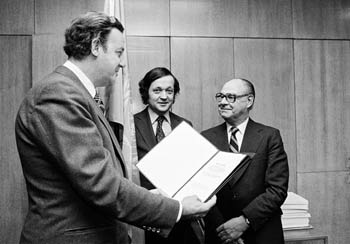 Despite the persistence of disagreements between the States, both covenants were adopted on December 16th 1966.

Both Covenants have collaborative dispositions, particularly the preamble, which states that both Rights Covenants are indivisible.

The principle of indivisibility and interdependence of the Human Rights will be solemnly established in the Declaration and in the Action Program of Vienna, adopted on June 25th 1993, at the World Conference in Human Rights.

Both covenants promote the Right of self-determination and gender equality aswell as the access of Fundamental Human Rights (article 3).

The International Covenant for Civil and Political Rights also protects :

The stake of the Covenants of Rights of the Child

The article 24 in the International Covenant on Civil and Political Rights maintain the Rights of the Child to protection, the right to have a name and a nationality.

« Every child, with no discrimination based on his race, colour, sex, language, religion, national or social origin, fortune or birth, has a right, from his family, his society and his state, to protection accorded to its status as a minor ».

Article 10 in the International Covenant on Economical, Social and Cultural Rights maintain the Rights of the Child to benefit from a protection against victimization and the obligation for the state to set a minimum age for work.

Article 12 of this same Covenant maintains the right for the child to be nursed if sick.

Finally, article 13 maintains the right to education and the free universal primary education for every child.

«[…] the education must aim to the full development of the human personality and its dignity, and reinforce the respect of Human Rights and its fundamental liberties. »

Before the adoption of these international covenants, these rights were approved only by declarations. The covenants gave a restrictive worth to these rights. Since then, all the States that signed the Declaration are legally bound to respect these rights for all children under their jurisdiction.

Both covenants establish checkpoints to keep an eye on the States who are bound to respect these rights. 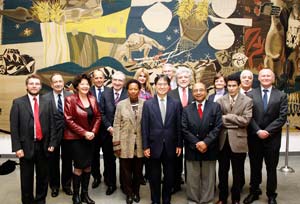 The United Nations Human Rights Committee was created par the article 28 of the International Covenant on the Civil and Political Rights, and was put in place in 1976, right after the adoption of the Covenant.

Composed of 18 independent experts, this committee is in charge of the surveillance of the implementation of the dispositions of the covenant by the States.

The committee holds three sessions per year, either in Geneva or in New York, to control the States, which are bound to present periodical reports (every four years) and their efforts in the implementation of the covenant. Besides, as soon as a State enters the Covenant, it has to give the committee an initial report on its national situation.

The committee is competent to receive communications formulated by States on other States, on violations of the dispositions set by the Covenant (article 41). The first facilitative protocol of the Covenant make the committee competent to examine communications coming from privates, related to a violation of the disposition by a State (article 14).

The second facilitative protocol of the Covenant provides the abolition of the death penalty for the States which signed the Covenant.

Finally, the committee can also formulate general observation which will enable the  clarity of dispositions and to advise the States on the implementation of the Covenant.

The Economical, Social and Cultural Rights Committee has not been created by the International Covenant on the Economical, Social and Cultural Rights, but by the Economical and Social Council of the United Nations, in its resolution 1985/17 on May 28th 1985. According to the forth part of the Covenant, it is the Council that has the ability to control its implementation. But the council, already in charge of many activities, decided in 1985 to create the Committee as a checkpoint of the implementation of the Covenant.

The committee is composed of 18 independent experts and is holding two sessions per year in Geneva. As the Human Rights Council, the States are bound to give their periodical reports (every 5 years) and an initial report every two years following their membership to the Covenant. This report can also formulate their general observations.

The committee also has the ability to examine state-owned communications. Concerning the individual communications, the General Assembly adopted a facilitative protocol (resolution A/RES/63/117 GA) that enabled this ability. This protocol was adopted by the Human Rights Council in June 2008 and was open for signature to the States in September 2009.