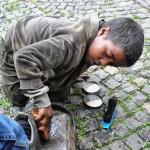 Bolivia promulgated a new Code for Children and Adolescents (CCA) on 17 July 2014 (Law No. 548, Chapter VI), which exceptionally and officially authorises child labour from the age of 10. This is a decision that has aroused strong indignation and concern from both international organisations and from NGOs working for the eradication of child labour. What are the motivations of the Bolivian Government in providing a legal framework for child labour and thus becoming the first country in the world to authorise the work of minors? What impact could such a law have on the advances made in terms of eradicating child labour and the exploitation of minors in Bolivia?

The context surrounding the new bolivian law on child labour

In Bolivia, it is not shocking to see a multitude of children working in the streets or in the fields, whether in the large cities or in rural areas. In fact, with a population of approximately 10 million inhabitants, there are nearly 850,000 children working today in 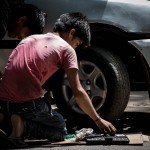 Bolivia, and half of these do so in the worst working conditions for children. It is in this context that the Government of Bolivia has decided to adopt a legal framework for child workers.

It should be stated from the outset that the new Bolivian CCA does not alter the official working age, which is still 14 years. It has in effect added two exceptions that are causing concern and worry today amongst members of the international community. According to the new code, a child may exceptionally work for someone else from the age of 12 or in a self-employed capacity from the age of 10. These two exceptions are subject to the conditions that the child shall obtain both parental permission and authorisation from the Office of Defence of Children and Adolescents, and also that this work shall not be harmful to the child’s education, health or development.

Placing the burden of poverty on children 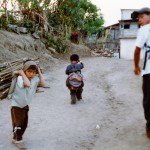 According to the Bolivian Government, this new code has been adopted to establish a balance between the commitments made by Bolivia to international conventions and the local realities of the country. Child labour in Bolivia is thus seen as a “necessary evil”, serving to eradicate the extreme poverty that exists in the country. Through work, children succeed in meeting their needs and those of their families, and they even manage to buy their school supplies. According to the government, it is necessary to create a legal framework to monitor and protect these children, who have long been the invisible victims of exploitation and abuse. In addition, child labour would, according to the government, allow children to develop a social conscience. How can it be possible to find a solution to the problems associated with poverty and promote development via child labour, rather than by looking at the source of the parents’ poverty and putting in place social protection measures to save the parents of these children from that poverty? 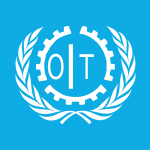 In addition, whereas Convention No. 138 does not permit work from 12 years of age other than light duties that do not affect the child’s health or safety, the new Bolivian code allows a child to work either in a self-employed capacity from the age of 10, or to work for someone else from the age of 12, just like an adult.

Nor does the law offer any legal protection to those children who carry out dangerous activities such as river fishing, masonry work, or agriculture in a family or community setting. In fact, while the new code lists these dangerous activities and prohibits them, it nevertheless provides an exception when these activities are carried out in a family setting. This exception runs counter to the provisions of Convention No.138 of the ILO, according to which this type of activity should be prohibited both in the family setting and outside of it.

The danger of legalising child labour 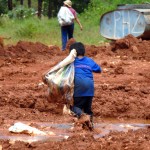 Child labour undoubtedly constitutes an obstacle to the education of children, and should in no way be considered a necessary evil to stem extreme poverty. The exceptions provided by this law, which allows 10-year-old children to work in a self-employed capacity, could quickly become the norm and could encourage children to choose the path of rapid gain and leave school. The exceptions could also legalise all kinds of exploitation and abuse of children who are already involved in the worst forms of child labour. In effect, the legalising of child labour would open the door to all types of abuse, to the extent that it appears unrealistic to us for the 69 Bolivian work inspectors to be able to control the conditions of 850,000 child workers. 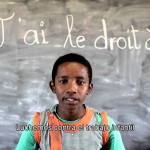 While efforts are multiplying to increase the minimum working age gradually, Bolivia seems to be going against the current trend by adopting this new code.The adoption of the new law on child labour in Bolivia that allows children to work legally from the age of 10 should prompt the entire international community to press the Bolivian Government to back the global trend to halt child labour.