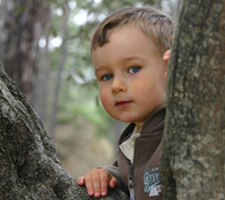 The island of Cyprus is located in the Levantine basin, in the most eastern part of the Mediterranean Sea. After Sardinia and Sicily, it is the third largest island in the Mediterranean. It is populated by about 1.2 million people who are basically divided into two communities: the Greek Cypriot and Turkish Cypriot.

The Republic of Cyprus is a member of the UN since 1960, of the European Union since 2004, and has officially for territory the whole island. When in 1974, Greece attempted a coup to annex the island, Turkey intervened militarily and occupied the northern part. Since this intervention, Cyprus is divided into two separate entities split by the “green line” that completely crosses the island. In 1983, the northern part declared its independence as the Turkish Republic of Northern Cyprus. Although only Turkey recognizes this State, the international community considering the northern part of the island as occupied, in order to analyze the rights of children it is necessary to distinguish between these territories since the island is de facto divided into two states.

According to statistics published by the European Parliament in 2015, 1 in 4 children is at risk of poverty in Cyprus, which is slightly below the European average. 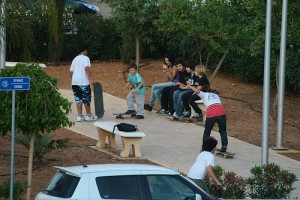 The Cyprus government ratified convention 138 regarding the minimum work age. According to this document, a child can work from the age of 15 but he or she may not perform any job that is hazardous to his or her health. However, children from the age of 11 may work after school and during school vacations in family businesses.

Since the government is unable to eradicate child labor, they must categorize it so children may work in respectable conditions, with breaks and a salary. So, the Committee for Children’s Rights recommended that the country ratify convention 189 regarding the protection of domestic workers and to pay more attention to the needs of child workers.

The country still has not created a justice system for minors although the Committee for Children’s Rights has been calling for one for many years.

In the Republic of Cyprus in the South, the minimum age for criminal liability is14. However, after this age a child who has committed a serious crime is tried as an adult. 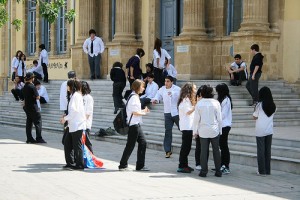 There is a difference between the two republics regarding the age that schooling begins. Children in the Republic of Cyprus have free access to school after 3 or 4 years of age whereas the Turkish Republic only offers free access to education to children between the ages of 6 and 15.

The Greek zone allows refugee status. However, while the requests for exile are being examined, the children are considered illegal immigrants. This status means that they cannot benefit from any aid or legal assistance. This leaves them vulnerable to arrest or deportation.

In the Turkish zone, refugee status is not possible since the country does not allow it.

In general, the health of Cypriot children is very satisfactory. However, alcohol and tobacco consumption by minors is worrisome. The country is one of the highest consumers of cigarettes in the world and children are the biggest smokers. Additionally, alcohol consumption plays a large part in Greek Cypriot culture and children are among the more frequent drinkers. 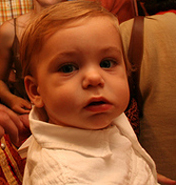 Although the Republic of Cyprus banned corporal punishment in 1994, the practice remains socially acceptable. Domestic violence, particularly towards girls, attracted the attention of the Committee for the Rights of Children. Despite awareness campaigns, the rate of violence against children remains high. The committee also noted that many victims do not receive specialized support.

As the UN does not recognize the Turkish Republic of Northern Cyprus, there is no data on child abuse in this area of ​​the island.

In the Republic of Cyprus, the law states that children riding in a car must have an age-appropriate car seat and it must be attached. However, police statistics show that 60% of parents don’t put seat belts on their children during car rides. This is even more disturbing considering the high rate of car accidents in Cyprus.