Children can be victim of child abuse in their family, school or in public environment. These types of bad actions can have severe consequences in their mental and physical health

There are many types of child abuses : 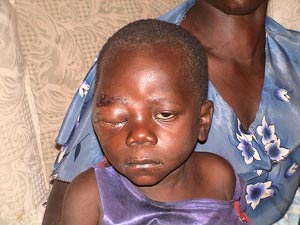 • Physical abuses involve brutal and violent acts aiming deliberately to injury the child by hitting, burning, strangling him etc in order to hurt the body and spirit of the child.

• Psychological abuses aims very often of humiliating and shaming the child by belittling him or subjecting him to carry out degrading tasks. The adult who uses his authority also threatens the child or isolate him to stop him having friends.

• Child negligence can be real abuse when children suffer from lack of affection, treatment, protection and food.

• Sexual abuse like indecent exposure in front of a child, rape, incest etc., constitutes a serious violation of children’s right, especially the right of dignity.

A number of adults use violence as an arm to punish or inculcate a discipline to children. Most of the time they are people in the inner circle of the child like parents, in-laws, nannies, etc who carry out this kind of bad treatments.

In this situation, the children consider the abuses as a punishment and try to hide their pain because they fill guilty of misbehaving. For that reason, children comply with that situation in believing that it is a normal part of their life.

This kind of treatment can have a very bad and insidious repercussion, leaving children with irreversible troubles in their behaviors. Traumatized, they are more likely to become rough and negligent adults toward children.

Due to religious, cultural and traditional background, many countries tolerate certain kind of practices even though they contravene to the physical and mental well-being of their children. Cultural punishments, women genitals mutilations and child domestic labours are part those cultural customs. 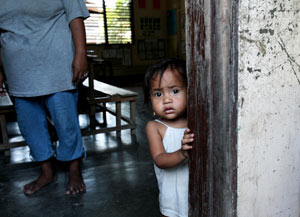 Despite the fact that they know the gravity of those acts in the health of children (countries have signed international laws that condemn child abuses) they continue to allow those practices. In fact, governments do not consider the gravity of these practices. Thus, they do not try to take measures to raise awareness and to prevent such practices.