Indian food is one of the tastiest and subtlest in the world. There is no homogeneity of flavour between North and South or East and West but rather, a wealth of flavours that is simply staggering. Culinary diversity is one of India’s treasures.

There is so much to Indian cuisine that one should rather talk of “Indian Cuisines”. Each region offers their own culinary distinctive characteristics and numerous traditional dishes. 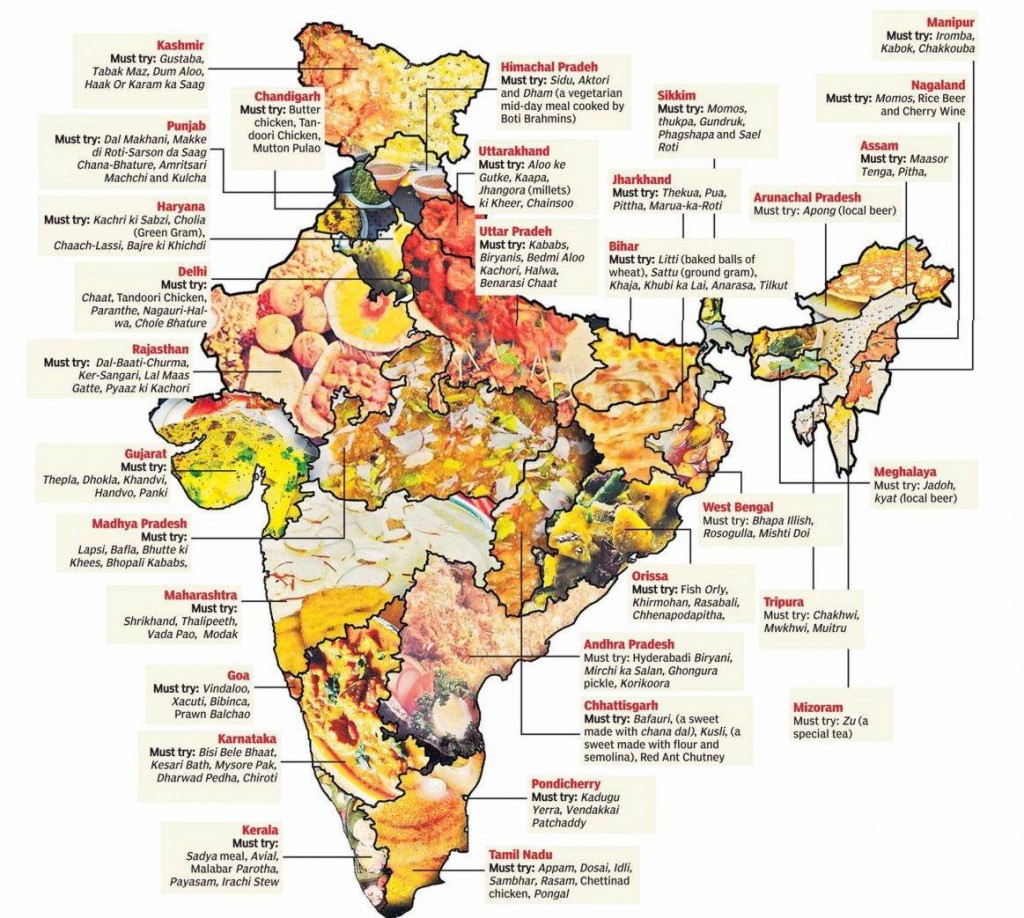 Among one of the favourite Indian specialties in the world, one, of course, finds the “famous “Tandoori”. Originating from the State of Punjab and mainly from Dehli, this particular way of preparing food consists of braising or grilling food. The meat, fish or bread is macerated in spicy yoghurt before being barbecued “Indian style”. this specialty is not only healthy (fat free cooking), but also highly colourful and mouth-watering.

For curries, or in other words very spicy sauces, one must look southward. In those regions, food is often vegetarian using very spicy oil based dishes. Spicy and curry sauces go well with all sort of food such as vegetables, rice or meat. Thanks to countless spices and various hot peppers, uniquely tasty and culinary subtle dishes are created.

The state of Tamil Nadu, where Humanium is mainly active, is well-known for its simple dishes: Dhals. These are vegetarian dishes using tamarind variously combined to lentils and spices. The result are highly flavoured and tasty dishes.

Indian culinary diversity generally tends towards the search for a well-balanced symbiosis between spices and herbs, offering very tasty dishes which can boast surprising medicinal properties !