Following the recommendations of the Committee on the Children’s Rights during the presentation of its report in 1998, Kuwait has improved the situation of its children. The country, however, refuses to amend its legislation to ensure certain rights. Problems of discrimination in education or early marriages continue to persist. 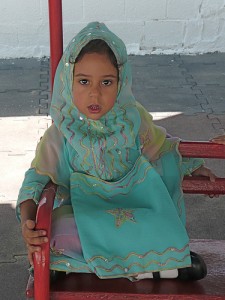 In this country, marriage is associated with the duty to procreate, but in general teenagers are not physically developed enough to bear a child. Therefore the pregnancy of these girls can have serious health consequences.

The Committee on the Children’s Rights strongly recommends thatKuwait raise the age of marriage at 17 years for girls. 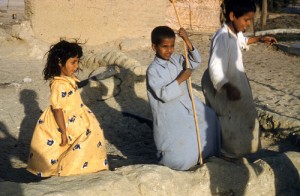 Inequalities remain between men and women with the transmission of Kuwaiti nationality to children. Children can automatically obtain citizenship from their father, but the Nationality Act allows female citizens of the country to give their child citizenship only in the event of a divorce or the death of a stateless father.

Although one of these conditions is necessary for the granting of citizenship, the transmission is not automatic. The risk of statelessness of children is therefore much higher. In addition, when a Kuwaiti mother is married to a foreigner, she cannot pass on her nationality to her child and the child will be stateless.

In general, the right to identity functions as a privilege instead of a right.

Finally, Kuwait has not yet acceded to the 1954 Convention relating to the Status of Stateless Persons and the 1961 Convention on the Reduction of Statelessness.

According to the law on compulsory education, the Kuwaiti government guarantees free access to education for children citizens without distinction between boys and girls. However, non-citizen children do not have free access to these services.

While this distinction is due to a lack of legislation in favor of children of non-nationals, the Kuwait Fund has created a charity for education to help cover tuition for stateless children. However, access to health care and education for these children remains lacking.

Kuwait has abolished corporal punishment in school;this ban, however, is rarely enforced. In addition, families have seen this practice as an educational method.

Surveys have revealed that health centers under the Ministry of Social Affairs and Labour refuse to accommodate girls under the age of18 who are subject to domestic violence.

The lack of statistical data on violence against children is worrying.

In Kuwait, the presence of oil facilities, chemical plants and industry contribute to the high emission of carbon dioxide (CO2). This gas is not toxic, but is considered a pollutant because it is involved in the process of global warming. The risk of natural disasters and the lowering crop yields increase with global climate change. Therefore, this phenomenon threatens future generations.

The growing concern about the problem is such that in 2010, 150,000 students did not go to school in an effort to protest against pollution.

Traffic is very dense in Kuwait, which has resulted in numerous accidents. Whether vehicle occupants or pedestrians, many children are in danger from traffic.

To reduce the risk of accidents due to traffic, the Kuwaiti government is committed to implement national plans to improve safety and support for victims.