The Federated States of Micronesia, an island nation in the western Pacific Ocean comprising over 600 islands, faces many social challenges. With its population scattered over so many small islands, which are themselves spread over an area of approximately 1,600,000 km₂, it is difficult for the Micronesian state to provide effective health and educational systems. Children are the first to suffer, and despite the efforts of authorities, children’s rights are often blatantly violated. 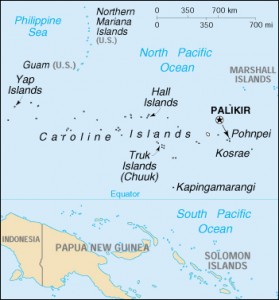 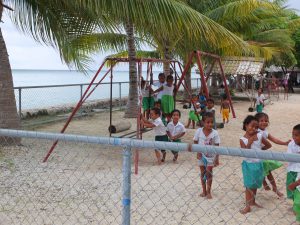 While school attendance is compulsory from the age of 6, due to a severe shortage of qualified teachers not all children have the chance to receive an education. By law, children are permitted to leave school either at 14 or after they have completed 8th grade.

Although child abuse is criminalised in the Federated States of Micronesia, the Constitution grants parents the right to discipline their children. As a result, violence against children is widespread, with few cases reported to the authorities.

Cases of sexual violence concerning children are rarely reported for the reason that sexual violence is stigmatised, especially when it occurs within families. In such cases, family honour, or even community honour, take precedence over children’s rights.

Moreover, there is no specific law on rape, domestic violence and sexual violence against children and women.

In addition, no host structure exists for abused children and victims of violence. In addition there is no similar shelters for women.

There is no law in the Federated States of Micronesia which prohibits child labour. There is therefore no minimum working age, and a significant number of children have jobs. Figures from the year 2000 indicate that approximately 3,000 children work, most commonly assisting their families with agricultural tasks. 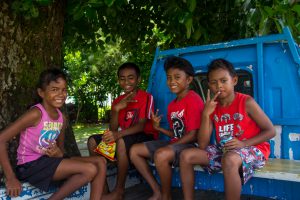 Finally, note that Micronesia has not ratified the Protocols to the Convention on the Rights of the Child. 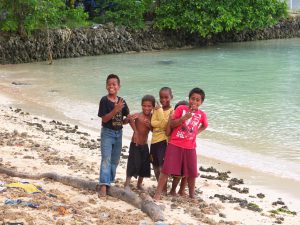 As an island nation, the Federated States of Micronesia is directly affected by global warming. Rising sea levels, tidal waves and seismic activity are just some of the problems islanders encounter, and the next generation faces an increasingly uncertain future. The nation’s president, Emanuel (Manny) Mori, has on several occasions appealed to the international community on the subject of global warming, stating that ‘the country risks disappearing underwater if nothing is done to combat global warming.’