Norway is committed to the implementation of the Convention on the Rights of the Child. The first representative for children’s issues, commonly known as the Ombudsman, has taken office in Norway. Although the country has shown willingly in supporting its children, violations of children rights do still occur. 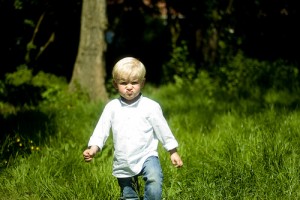 Norway’s population, like that of many other countries, has a number of minority groups. As a result, Norway’s Kvens (descendants from Finnish fishermen), the Sámi (also known as Lapons), Jews and Romanies frequently face discrimination.

Although inclusion is one of Norway’s cornerstones, some children from minority groups still feel stigmatised and are subjected to more threats or violence from their peers. Most Romany children live in poverty and are sometimes refused access to certain places.

The government is trying to fight this through anti-discrimination laws, an equality mediator and promoting racial equality.

According to Amnesty International’s latest report, living conditions in unaccompanied minor centres do not correspond to human rights standards. A worrying phenomenon is that some minors arriving on Norwegian soil and taken into a centre then disappear. Assigning a guardian for each unaccompanied minor is a positive aspect.

Minors and the justice system

In Norway a child can be held criminally responsible from the age of 15. Detention in a specialized youth establishment can vary in length from 4 weeks to 12 months. However, there are very few children held in closed detention as Norway prefers to implement measures in an open environment wherever it is deemed to be in the child’s best interests.

As for the judicial system, there are no specific structures designed for minors. Children aged 15 are tried by the same courts as adults.

A national mental health program has improved services working towards the psychological balance of Norwegian children. However, children’s waiting lists for treatment are still too long.

As for physical health, a 2010 study on weight revealed that 19% of Norwegian children aged between 8 and 9 are overweight or obese. With excess weight putting children’s lives in danger.

Norway has taken an active role in addressing this problem and is looking to raise awareness amongst young people of physical activity and reducing exposure to foods high in fat, sugar or salt.

Although any act of physical aggression by an adult towards a child is punishable under criminal law, a survey on mistreatment that was carried out showed that 5-10% of children are thought to have been subjected to sexual abuse or physical violence. The main consequences of such acts of abuse include withdrawal into oneself, loss of confidence and the development of psychological problems.

In Norway there are between 500 and 2000 people who die every year because of air pollution affecting the health of vulnerable people. The main victims are children and the elderly. Road traffic, along with high usage of studded tyres, tend to generate particulate matter which can cause respiratory or cardiovascular problems or even death.