If swimmer Fu Yuanhui created such a stir during the Olympic Games in Rio by mentioning her periods on live television, it’s because the subject is still very much taboo in many parts of the world. In France, the debate on the tax on tampons and sanitary towels highlights a bigger problem: not all women are able to buy themselves the protection they need to maintain good menstrual hygiene. Thus, while they form part of the natural processes that a woman’s body goes through, periods are often synonymous with shame, or worse, impurity, and can have serious consequences on the social life, health and education of young girls. 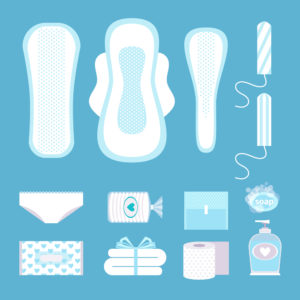 w of the taboo surrounding periods, young girls all over the work, like in Iran for example, do not know that periods are part of the natural processes that occur within all women ; and certain beliefs and traditions accentuate the negative perceptions that surround menstruation.

In Nepal, for example, a Hindu ritual (chhaupadi) that has been banned by the government (but which still seems to exist) requires women and young girls to live as recluses and suffer many restrictions such as using public running water supplies during menstruation. Other less extreme examples exist like in Malawi where periods must be kept secret. Parents, therefore, intentionally avoid broaching the subject with their daughters. In Bolivia, some beliefs forbid women from washing or throwing their sanitary towels in the bin. Lastly, in India certain beliefs prohibit women from touching food during their periods, as they could “contaminate” it.

These beliefs have many harmful consequences on women and young girls, the first being the endangerment of their health. Indeed, poor menstrual hygiene increases the risk of infection. In addition to these beliefs, lack of access to tampons and sanitary towels forces women to use other materials that are more or less hygienic, such as small pieces of mattresses, sheets of paper, tea towels or newspapers.

According to UNESCO, 1 in 10 women do not go to school during their periods in Africa

The other major problem created by these prejudices is the negative impact that it has on schooling. UNICEF considers this to be one of the prime factors for girls dropping out of school in many countries (India, Benin, Kenya). The lack of access to sanitation, separate toilets or access to adequate safeguards at school adds to the shame and pain of young girls who are often ill informed.

Educating to break the taboo

The United Nations has declared 28 May as In 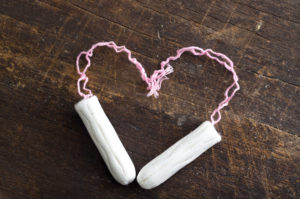 ternational Menstrual Hygiene Day recalling the importance of menstrual hygiene management. NGOs offer kits with menstrual cups or tampons, such as the organisation Femme International which operates in West Africa. But the best way to actually break the taboo is to teach girls not to be ashamed about their periods. Thus, in Burkina Faso, the Minister of Education and UNICEF have set up a project enabling girls to attend an awareness day at school, a day in which the boys are not invited to avoid any embarrassment.

Other forms of initiatives exist, such as the Pakistani game for mobile phones called “MoHim”, which consists of guiding little pink pants towards sanitary towels while avoiding other unsuitable materials like newspapers or tree leaves, rags etc. When a level is successfully completed, a small window disp els certain myths, like the fact that you should not wash during the week that you have your period or touching food may make it unfit for human consumption: a fun way to break the taboo!