Presentation of the Protocol

On May 25, 2000, the General Assembly of the United Nations adopted the optional Protocol concerning the sale of children, the prostitution of children and pornography involving children. This protocol has been in force since January 18, 2002.

The Origins of the Protocol

Each year, according to UNICEF, more than a million children, and in particular girls, become involved in the sex industry (prostitution, pornography, etc.). Certain children view this kind of activity as a chance to escape poverty.

In reality, they are treading dangerous ground which can have dramatic consequences, for both their physical health and their mental well-being. Others are dragged into this world against their will, kidnapped, sold or adopted for the benefit of networks devoted to prostitution and pornography. 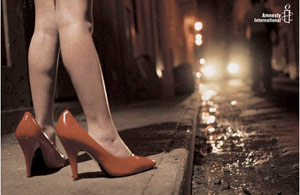 It is often very difficult for these children to obtain help because of their invisibility. Without official documents, they are unknown to the authorities and their disappearance passes unperceived.

This problem affects both developed countries and developing countries, and has attracted the attention of international organizations for some years.

Thus the OIT is the first to treat this problem by defining, in Convention 182, the use, recruitment and solicitation of children for sexual purposes, as one of the worst forms of work to which children can be subjected, and which governments must eradicate as quickly as possible.

However, owing to the size and scope of this phenomenon, which is worsening throughout the world, the United Nations decided to adopt a protocol to the International Convention on Children’s Rights, which specifically addressed children’s involvement in sexually exploitive activities.

These activities are characterized as serious violations of children’s rights and as criminal acts. The protocol is clearly defined :

“Article 2 To the goals of the present Protocol :
a) By the sale of children, on refers to any act or transaction in which any individual or group of individuals hands a child over to another person or group of persons in exchange for any form of payment whatsoever;
b) By child prostitution, one refers to the act of using a child for purposes that are sexually exploitive in exchange for any form of payment whatsoever;
c) By the pornographic depiction of children, one refers to any representation (produced in whatever medium and by whatever means,) of a child engaging in explicit sexual activities (real or simulated) or of a child’s sexual organs, for purposes that are primarily sexual.” (1)

This protocol requires that governments take immediate and radical measures against this plague. In effect, participating governments must do the following three things :