“Over a third of women worldwide have been victims of violence,” the French newspaper Le Figaro reported in its Madame section. The term “violence” means physical or sexual violence caused by a spouse or father, rape, forced child marriage, or Female Genital Mutilation (FGM). 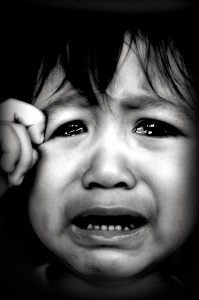 In Europe, violence toward women is one of the most serious violations of human rights, whether the violence is domestic, conjugal, or even stemming from a traditional practice. According to the United Nations Population Fund (UNFPA), up to 5000 women are murdered each year by a member of their own family because of being raped or accused of being an adulterer. Between 500,000 and 2 million people, mostly women and children, are victims of trafficking each year, leading to either prostitution or forced labor. Nearly 2.5 million women and girls are affected by FGM each year. The practice is most common in Africa, the Middle East, and Southeast Asia, but we mistakenly think that Western countries are immune to this problem. In fact, this practice is quite widespread in Western countries, although these countries consider it to be a serious crime.

Another need surfaced from this: a tool to make member states comply with effective prevention measures and provide better services for victims. The Parliamentary Assembly of the Council of Europe approved writing such a document. It had to include essential points, such as combating and preventing domestic violence, protecting and helping victims, and eliminating all forms of violence against women. The Parliamentary Assembly’s recommendations were also taken into account, especially those concerning children—taking action to fight against sex-based violations of human rights, including kidnapping women and girls. Other recommendations dealt with child marriage and children who witness domestic violence. That document became the Istanbul Convention.

Children in the Istanbul Convention
It is important to highlight children as they are mentioned in the Parliamentary Assembly’s recommendations.

1. Recommendation 1723 of 2005: Child Marriages
This recommendation emphasizes the fact that children or minors can be forced into marriage, engagements, or promised marriage through traditions or customs. They often feel pressure from their family. Almost 250 million women got married when they were children.

2. Recommendation 1868 of 2009: Taking Action to Fight Against Sex-Based Violations of Human Rights, Including Kidnapping of Women and Girls
Kidnapping, illegal confinement, forced return to one’s home country, FGM, or slavery: thousands of girls and women are vulnerable to these types of violence, usually perpetrated by their own family. Women and girls from immigrant communities are the most often affected.

3. Recommendation 1905 of 2010: Children Witnessing Domestic Violence:
Children are exposed to dangers within their own homes every day. Even if children are not direct victims of domestic violence, they can witness it. This type of situation is too often ignored, although it does have an impact on children. This pattern of domestic violence can be transferred across generations.

The Istanbul Convention in brief
The Istanbul Convention has been ratified by 14 countries, filling large gaps that existed in the protection of women’s rights in Europe, as well as for men, the elderly, and children. The document establishes legally binding standards to help meet its objectives, protecting the victims of all forms of violence, preventing violence, prosecuting perpetrators, and eliminating violence toward all people, including children.