Since the Declaration of the Rights of the Child was adopted by the UN General Assembly in 1959, states have acknowledged a moral obligation to act in the best interests of children. Fifty-four years on, the situation for children in France is discouraging.

According to Anne Tursz, director of research at the National Institute of Health and Medical Research (INSERM), it is estimated that one in 10 children in France is a victim of abuse and that one in two children who dies in France does so at the hands of an adult. 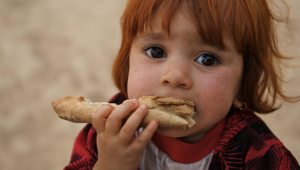 The acquisition of legal status by children is, historically speaking, a recent phenomenon. In the Middle Ages, children were considered to be small adults and the word “child” actually meant “the one who doesn’t speak”.

In France, child protection laws date back very early, to the mid-nineteenth century. In 1841, legislation was passed which provided protection to children in the workplace and in around 1880, laws were passed which gave children the right to education.

In 1945, a body of specialized magistrates was created to deal with children and in 1953 the term “child welfare” appeared and a welfare service for children was created.

On 20 November 1959, France became a signatory to the Declaration of the Rights of the Child. In 1989, a law protecting children from mistreatment was enacted and the National Service of Telephonic Reception for Mistreated Children created with a mission of advice, prevention and guidance.

On 5 March 2007, legislation was passed which placed children at the heart of the state’s protection system and clarified the mission and vocabulary of child protection in France.

In 2004, legislation was passed which established the National Observatory of Children in Danger (ONED), with the aim of collecting much needed data on child abuse. Nearly a decade on, ONED has failed to publish a single national report on child abuse. In 2011, of the 583,139 calls received by the National Service of Telephonic Reception for Mistreated Children, only 32,414 calls were handled.

France has all of the architecture of a world-class child protection regime: a suite of laws and a plethora of child protective agencies, but there is a failure to adequately deliver. As a signatory to the Declaration of the Rights of the Child, France has an obligation to identify and then rectify the cause or causes of that failure.

To learn more about the rights of children in France, please clic here.