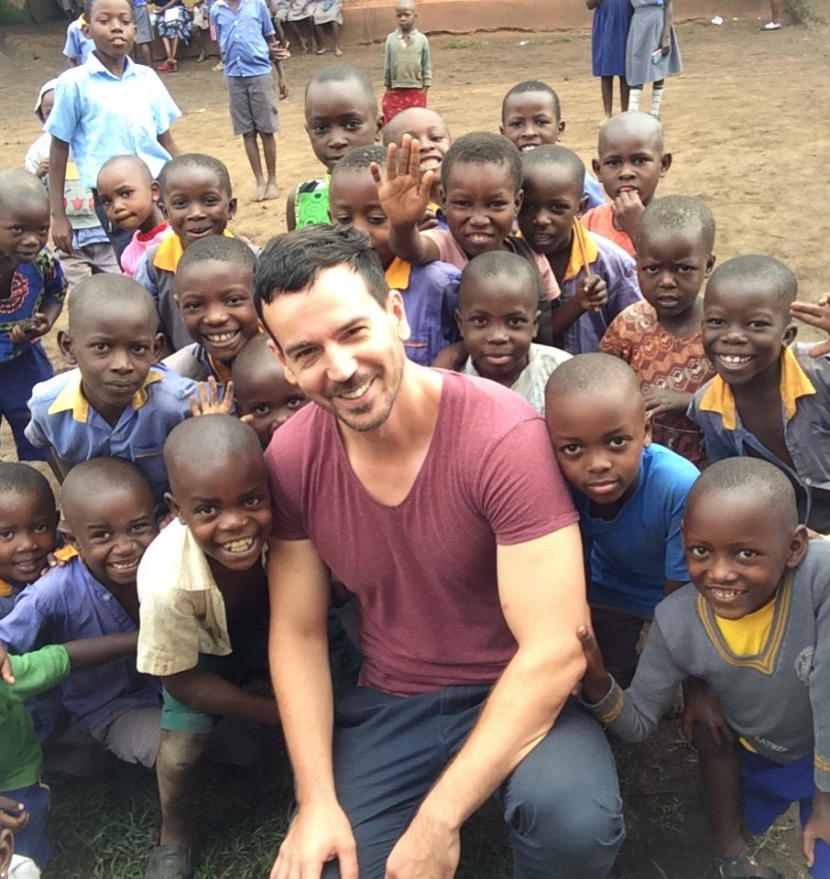 ‘Changing the world’ – big words, resonating words, words that might make you wonder whether they are justified. After all, we are only talking about a school.

In September 2019, I arrived in Kasese, Uganda. This trip had been on mind since early 2016, when I first got in contact with Robert, the school director, yet my trip was always put off due to limited time off work and limited finances. Now I was in Kasese not because of the breathtaking Rwenzori Mountains that tower west of the city, or the magnificent game reserves in the area, and not even to do tourism at the first place.

I was there to volunteer as a teacher at a humanist school, at Kasese Humanist School. According to school director Robert, humanism is not about denouncing religion, rather putting it into perspective, considering it for what it is – a belief system – and putting science and reason before superstition and beliefs. In humanism we are all equals, have the same human rights, such as the right to education, the right to self-determination, the right to love, or the right to religion.

“Homophobia is a bad practice” – says a sign, placed among many others, on an exterior wall of the school building. In Uganda homosexual acts can end you up in prison, and can even lead to a life sentence. Ugandan society are indoctrinated to discriminate against LGBTQ persons, yet, in this dusty Ugandan town by the Congolese border there is a school where students are encouraged to accept everyone as equals.

Phiona, a head teacher at the school tells me she had fought an uphill battle since they opened in 2012. She recounts a story of locals thinking the school was sacrificing children to some giant snake they secretly kept locked up in a room on the premises. One day some skeptics asked her to unlock the room for them to see the snake. She complied. There was no snake, of course. She also mentions she had been turned away at stores on several occasions, shop owners not wanting to accept her “cursed” money – the salary she is paid for her work at the school. Thankfully, she points out, those days are gone and now people respect her for her hard work, determination and care for her students.

Solomon has been a volunteer – non-salaried – teacher at the school for the past five years. He is a firm believer. He believes in the power of education, in how only through education we can transform a society. He has seen the fruit of his work, has witnessed how both students and colleagues benefit from the wisdom he shares and – perhaps unknowingly – radiates despite his bare 30 years. He is a philosopher, if I believed in reincarnation, would suggest he is Socrates reincarnated. He joins in conversations and enlightens people, he asks questions where most might sense no doubt, he fuels the minds and hearts of those around him.

Junior is a 7th grade student of exceptional character. He is generous, kind, hard-working and loving. So are many others, such as Brian in 5th grade who told me he believed learning to be kind to one another is the most important lesson in life. Raimon in 6th grade spoke of the world with such insight that makes you wonder how a twelve year old child who has spent his entire life in this remote place without access to Internet can acquire so much knowledge. I met many incredible students whom I would gladly mention if it wasn’t for keeping this article a manageable length.

If you have ever philosophized a little about what ‘the world’ is, what it is for you, and for others, you might have entertained the idea that everyone sees the world slightly differently, through their own eyes, and essentially we all have our own worlds. The world looks pretty different for a muslim, a christian and an atheist, for a democrat and a republican, for a conservative and a liberal, for a man and a woman, for a child and an adult, for a person with a disability and for an abled individual.

In the light of the above I would like to elaborate on my opening sentence: in September 2019 I volunteered at a school that changes the world, in the short term for those who study and work there, and in the long term for society as a whole in Kasese and beyond. This school deserves the recognition of the World, for the courage, the dedication and the full-heartedness of those who work and study there.

Needless to say, their mission is full of obstacles. They are up against the powerful churches of the region whose leaders have gone out of their way not to welcome their human brothers, but to annihilate the school project. This war Kasese Humanist is winning through the hearts and minds of those who trust them to provide their children with an education free from prejudice and corporal punishment. An education that embraces human rights and knowledge, opposed to fear-mongering and superstition.

Kasese Humanist School is in dire need of financial assistance. The school is largely maintained from donations, which, as donations tend to do, fluctuate and provide an unreliable source of income. This leads to staff not getting paid in time, the school not being able to repair and upgrade basic infrastructure such as a reliable water supply or electricity, and the entire existence of the school being in jeopardy.

Not many of us can volunteer for 5 years like Solomon has done. My way of supporting the school is sponsoring two talented students of the many that I was fortunate enough to meet, and by writing this article. You are most welcome to email Robert, the school director, about details on how you could contribute.