It is widely recognized that there are many inequalities in American society on both economic and social levels. In fact, according to a study, the upper 20% of the population controls over 80% of the country’s wealth. This economic gulf is directly reflected in the unequal access to education, which is present from the very beginning of primary school. 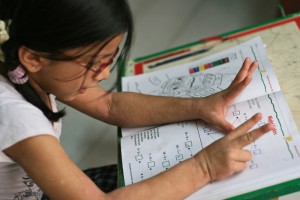 The education system in the United States is one of the most unequal systems in the developed world. Students are presented with extremely different options, which vary according to their family’s social status. Compared with the rest of the member countries of the OECD (the Organization for Economic Cooperation and Development), an American child born into a low-income family has less chance of accessing a better standard of university education than a child born into a middle-class family in, for example, a European country.

Students coming from upper-class families have the means to access high-quality resources to prepare them for college, a significant advantage for ensuring success in the university admissions process. Therefore, it is not surprising that only 10% of students attending the best 146 US universities come from lower- or middle-class backgrounds.

Although each state has a similar structure to finance their schools, each establishment can supplement this by raising funds locally. Consequently, schools located in wealthy areas have the potential to receive significantly more private funding than schools located in poorer regions and neighborhoods.

Schools benefiting from significant funding can employ more competent teachers, provide more up-to-date textbooks, equip classrooms better, and offer more varied courses, in addition to many other advantages which have an everyday impact on the academic development of students. Case in point: in Los Angeles, a well-to-do area called La Caňada Flintridge, where the average household income is $154,947, is obviously able to raise significantly more funds than a poor area such as Huntington Park, where the average household income is $36,620.

This two-tiered education system in the US means that university education is socially perceived to be destined principally for students who are financially advantaged. There is also another consequence of the expense of university education: the numerous applications for student loans available from private institutions. This causes an overwhelming weight on students’ shoulders: success in their chosen career path followed by paying back their debt.

Consequently, many people who come from the middle-class are not in a position to repay their completely debts until they are 40 or 50. As a result, they cannot save in the same way as people from prosperous backgrounds who have the means of repaying their debts. Thus, they are caught in a vicious cycle where they find it difficult to improve their social status, which would be necessary to enable them to pay for the entirety of their own children’s education.

According to a study by Larry Bartels, Benjamin Page, and Jason Seawright, only 1% of the richest Americans think that there are sectors more in need of public funding than education. At the same time, though, they can finance their children’s education, unlike lower-class parents. Reducing public spending on education would have catastrophic consequences for the poor and the middle classes.

Education is a fundamental right, and all children should be provided with equal opportunities for a high standard of education. Granted, at least the American school system exists and supplies the minimum requirements of schooling. However, it is essential to inform public opinion about this economic divide and its repercussions on future generations. To lessen the disparity, the US needs to implement reforms in their education system in order to best provide the chance of fair access to education for all its students, who represent the economic future of the country.