Contemporary beliefs in witchcraft still exist and have been documented in different countries in the world, including in sub-Saharan countries such as Tanzania, the Central African Republic, and Nigeria, but also in Bolivia, Guatemala, Haiti, India, Iran, Nepal, Thailand, or Saudi Arabia, and in communities in Europe and the U.S. (Hanson & Ruggiero, 2013). 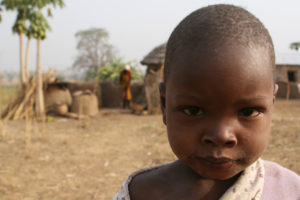 The most visible manifestation of this belief is accusations of witchcraft against persons who are believed to have “the ability to harm someone through the use of mystical power” (Cimpric & WCARO, 2010). This phenomenon is not systematically reported or documented, which means that there are no reliable estimates of its extent (Hanson & Ruggiero, 2013). However, in the past 10 years, human rights reports and organizations working on this topic have reported an increase in the number of accusations of witchcraft, increasingly targeting children (Mungai, 2014).

Accusations of witchcraft are increasing over the last years

Anthropologists and organizations working on the phenomenon of witchcraft observe that accusations increase as a response to changes in society and challenges (Joselow, 2012). Thus, “social and economic pressures, including conflict, poverty, urbanization and the weakening of communities, or HIV/AIDS, seem to have contributed to the recent increase in witchcraft accusations against children” (UNICEF, 2010). Children ‘witches’ are also to blame for hardship or misfortune in the family or community – death, divorce, illness. These accusations tend to appear among communities who believe that problems in life have a spiritual origin (Safe Child Africa, n.d.). In addition, limited medical knowledge about illnesses combined with such a cultural belief system “predisposes people to look for scapegoats for who is responsible” (MacLean, 2014). Witchcraft thus provides an explanation for this misfortune and all kinds of challenges in life. 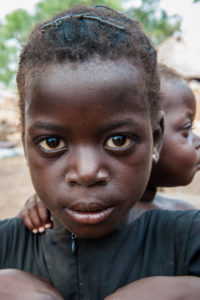 Even though the belief in witchcraft and supernatural spirits, as seen in many religions and cultural beliefs systems, is not a problem per se, it becomes an issue as the consequences can be extremely serious for those accused of witchcraft. It can lead to “acts of persecution, including psychological, emotional and physical abuse, which can eventually even lead to the death of children so accused” (Hanson & Ruggiero, 2013). Churches may play an important role in these accusations; in particular, the UNICEF has documented cases in Africa where pastors from evangelical, revivalist, or pentecostal churches have designed children as witches for financial gain, charging families huge fees to exorcise the bad spirits (Safe Child Africa, n.d.) (UNICEF, 2010) (Mungai, 2014).

Why are children accused of witchcraft?

Children can be more or less vulnerable to accusations of witchcraft depending on several factors. It can be because of a physical disability or abnormality, a mental disability or physical illness: these would include for example autistic children or epileptic children (Cimpric & WCARO, 2010). Children can be accused of witchcraft because of an unusual birth: this would include premature children, or twins (Ibid.). Orphans and children with specific behavioral traits (aggressive, lazy, withdrawn…) may also be accused of witchcraft (Ibid.). Finally, children with albinism are associated with witchcraft and “are killed because of the magic powers supposedly contained in parts of their bodies, including their organs, hair, skin and limbs” (Cimpric & WCARO, 2010). 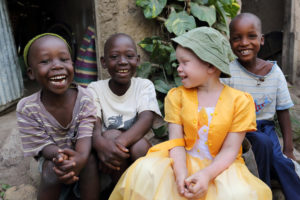 How to stop these irrational accusations?

Several direct steps can be taken to fight accusations of witchcraft and provide protection for victims.

One of the solutions is to undertake legal reforms and ensure law enforcement. Indeed, “in several countries, witchcraft is regarded as a criminal offense; both children and adults accused of the practice can be convicted to prison sentences” (UNICEF, 2010). In some places, legislation has been put in place to end accusations of witchcraft. In 2012 in Akwa Ibom State in Nigeria, the government adopted a law that criminalizes accusations of witchcraft (DeFraia, 2012).

In addition, awareness-raising about child abuse, engagement and dialogue with churches, communities, politicians, and traditional and religious leaders is also necessary to counter the negative consequences of beliefs in witchcraft and to provide a better understanding of children’s rights (DeFraia, 2012) (UNICEF, 2010).

Cimpric, A., & WCARO, U. (2010, April). Children Accused of Witchcraft: An anthropological study of contemporary practices in Africa. Retrieved from UNICEF: https://www.unicef.org/wcaro/wcaro_children-accused-of-witchcraft-in-Africa.pdf

Mungai, C. (2014, August 21). Child ‘Witches’ and Killings in Africa: Why the Little Ones Are Safer in Muslim than Christian Societies. Retrieved from Mail & Guardian Africa: http://mgafrica.com/article/2014-08-21-child-witches-in-africa-far-from-being-a-traditional-belief-it-is-a-modern-invention

UNICEF. (2010, Juillet 28). Cases of Children Accused of ‘Witchcraft’ Rising in Parts of West and Central Africa. Retrieved from UNICEF: https://www.unicef.org/protection/nigeria_55301.html