Ending child, early and forced marriage in one of the priorities of U.S. foreign policy, as set in the U.S. Global Strategy to Empower Adolescent Girls of 2016 which strongly condemns this practice in the developing world as a human rights abuse.

This is why it is extremely surprising to learn that, in the United States from 2000 to 2010, “in 38 states, more than 167,000 children — almost all of them girls, some as young 12 — were married […], mostly to men 18 or older” (Reiss, 2017). More recent numbers were not available for the study conducted by the organization Unchained at Last, fighting child marriage in the U.S. . However, the state of the law in several States nowadays suggests that 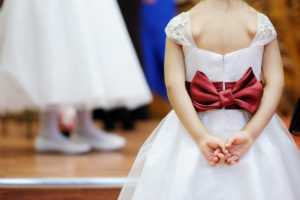 child marriage in the U.S. is still a reality.

According to the global campaign Girls Not Brides, “child marriage is any formal marriage or informal union where one or both of the parties are under 18 years of age” (UNICEF, 2017). Despite the clear standard of 18 years old, in the State of New York, 14 year olds can be married with parental and judicial consent (Gronewold, 2017). Thus, from 2000 to 2010 in this State alone, 3,850 children were victims of child marriage (HRW, 2017).

According to Reiss, founder of Unchained at Last, every State in the U.S. has exceptions that allow children below 18 to get married with parental consent and judicial approval, sometimes without even specifying an age limit below which a child cannot marry (Reiss, 2017). The youngest married children found by the study of Unchained at Last were 12 years old.

Why would parents consent to marrying their child? 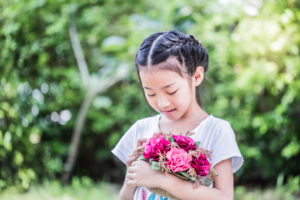 Unchained at Last reports having seen child marriage happen “in nearly every American culture and religion”, in immigrant and non-immigrant families (Reiss, 2017). The motivations behind such practice are “cultural or religious traditions; a desire to control their child’s behavior or sexuality; money (a bride price or dowry); or immigration-related reasons (for instance, when a child sponsors a foreign spouse)” (Reiss, 2017). Marriage is also often seen as a solution for teen pregnancy. In addition, while some children marry of their own will, this does not exclude negative consequences for them (Reiss, 2017).

Child marriage has the same detrimental, lifelong effects on girls’ health, education and economic opportunities, and increases the risk of domestic violence and poverty, whether they take place in the developing world or in developed countries (UNICEF, 2017). Marriages between two persons with a certain age difference could also fall under statutory rape (Unchained at Last, 2017).

In addition, it is difficult for children victims or at risk of child marriage in the U.S. to seek help. Reis points out that children fleeing their homes are considered runaways, shelters notify parents, and child-protective services cannot prevent legal child marriages (Reiss, 2017). Moreover, children have a limited access to legal aid (Gronewold, 2017).

Why can’t a law simply be passed? 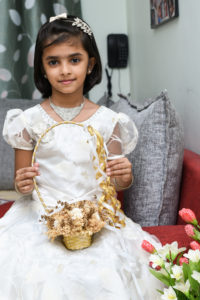 If States simply passed a law that set the age of marriage at 18 and above without exceptions, the issue of child marriage in the U.S. would be in theory addressed, preventing many child marriages and helping to provide legal remedies for victims. Legislation on child marriage tends to fail because lawmakers consider that it could impact religious freedom in certain communities, or because they assume that it is “the best solution for a teen pregnancy” (Reiss, 2017). These are false arguments, as no specific religion is targeted by a law forbidding child marriage and there thus is no discriminatory impact on the freedom of any religious community in particular (Reiss, 2017). Regarding the second argument, there are other solutions to support pregnant teens that do not require them to marry (Ibid).


However, there is some hope for progress. Bills were introduced recently for example in the States of Maryland and Massachusetts, and this month a bill was introduced to raise the minimum age for marriage to 17 in the State of New York (Gronewold, 2017). But banning child marriage in a few States only is far from satisfying. If the U.S. were to properly forbid child marriage in every State on its own soil, it would not only have positive repercussions on the rights of girls in the US, but also abroad, as the U.S. would gain the legitimacy to ask for the ban of child marriage everywhere.

Reiss, F. (2017, February 10). Why does the United States still let 12-year-olds get married? Retrieved from The Washington Post: https://www.washingtonpost.com/posteverything/wp/2017/02/10/why-does-the-united-states-still-let-12-year-old-girls-get-married/?utm_term=.68ac257e9bb4

UNICEF. (2017). What Is Child Marriage? Retrieved from Girls Not Brides: http://www.girlsnotbrides.org/about-child-marriage/