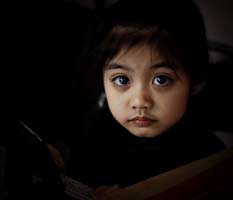 The Bahrain kingdom, comprising 40 islands and located in the Arabic Gulf, and has significant problems in terms of children’s rights. Freedom of speech, rights to identity and to non-discrimination are not fully respected. Thus, the Committee on the Rights of the Child expressed concern about the situation of Bahraini children and recommended the country take steps to improve their living conditions.

In Bahrain, only Bahraini men can transmit citizenship to their children. Women, single or married to foreign nationals, cannot give it.

It has to be known that 71% of the population is non-Bahraini men. A large majority of children, although born from a Bahraini mother, are thus not considered as citizens of the country. However, His Majesty the King has been active in reviewing the law and encouraging the transfer of citizenship to children of Bahraini women married to foreigners.

For abandoned children for whom it is impossible to know the parentage, the law provides that they receive a name, fictitious parents‘names, the Muslim religion and the Bahraini nationality. 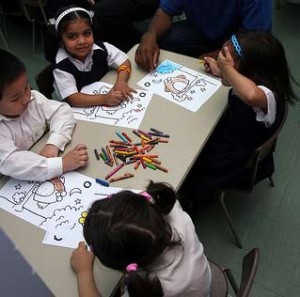 In Bahrain, education has recently been compulsory and children must attend school from the age of 6. By not enrolling their children, the legal guardian is liable for a fine. However, pre-schooling is only available in private institutions.

Bahrain has committed itself in recent years to the development of quality education programs: The number of students per class has been decreased, the illiteracy rate reduced, and dropout and grade retention have declined sharply.

However, despite these gains, Bahrain has a long way to go. Indeed, educational guidance hardly exists in schools. Students therefore do not have information about the university and working life. In addition, technical and vocational training has not reached a satisfactory level of development.

In Bahrain, children rarely have the opportunity to express their opinions and participate in decision-making at home, school… They are rarely heard from and traditional attitudes hinder the expression of their opinion. Similarly, in judicial and administrative proceedings, young people are rarely heard.

Thus, decisions involving children’s issues are always taken by adults. The participation of Bahraini children in decisions that affect them is void. Progress in this area should therefore be undertaken.

Moreover, authorities often try to discourage children from taking part in demonstrations. And children who have attended were heavily abused by police.

During 2010, approximately 70 children were arrested by the police. Some were released in 2011, but the vast majority of them are still detained in prisons in Bahrain for participating in demonstrations. Parents of children are generally deprived of access.

These children are often detained in criminal detention with adults. However, according to the Government, it appears that the deprivation of liberty of the child is used only as last resort. When young people are in conflict with the law, there are several solutions: specialized hospitals, social protection institutions, governmental or private…

In some Bahraini Shiites villages, children have been kidnapped in the streets by groups of armed militiamen in civilian clothes. These children were victims of cruel treatment: torture, physical abuse, damage to their image (nude photos), sexual harassment… These mistreatments were intended to discourage Shiite militants to organize demonstrations and protests.

The families of these children complained, but there is no concrete action to condemn those responsible. Bahrain must therefore address this issue and must imperatively ensure the protection of children from Shiite villages.