Humanium was partnered with NGO World Wide Watch in the building of a school in Senegal. The NGO is now developing educational workbooks designed for students in the first two years of primary school, with the aim of allowing each child to be “a Little Prince”. 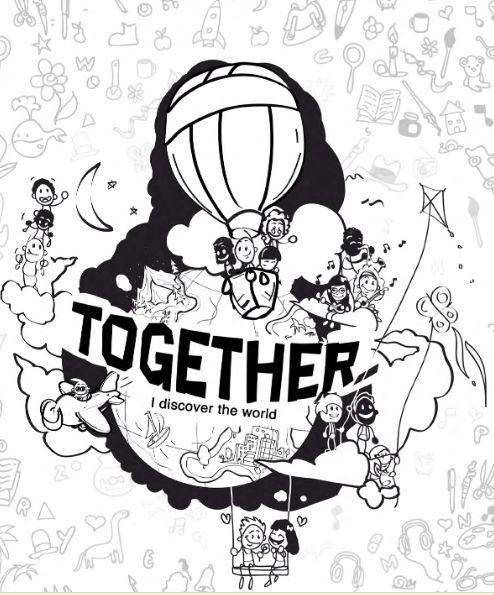 A response to the loss of values: life skills

Flavio Lucchesi, who holds a degree in Educational Sciences, is President of World Wide Watch: “At a time when the world is becoming ever more individualistic, the loss of values such as respect for and appreciation of one another becomes a growing concern when we think of our children’s education. We hope that they don’t lose their innocence, their curiosity about the world around them like we have lost, and they become Little Princes. Faced with this issue, the NGO World Wide Watch has set itself the mission of developing educational workbooks for children that teach them life skills.

“We all know this quote from the book that we read when we were children. But how many of us have really grasped the sense of it, and have integrated the message into our lives while growing up? Indeed, despite the simple text and obvious dualities between children-adults, visible-invisible, etc., The Little Prince by Antoine de Saint-Exupéry is more than a story: it calls upon us – as adults – to wake up the child within us, this innocent being who seeks to tame all that surrounds it.”

Enhancing our experience of living together in society

Flavio Lucchesi made an observation: “in the individualistic and consumerist societies that we live in today, we have a tendancy to distance ourselves from each other. It is this behaviour towards others that we must rectify. World Wide Watch has therefore set out to make our children into citizens who are respectful towards the environment and capable of living as members of society.”

“The Little Prince by Antoine de Saint-Exupéry calls on us to detach ourselves from materialism, utilitarianism and consumerism, which cause us to become isolated from each other and, instead, to refocus our attention on the world around us to which we belong.”

Jean-Napoléon Vernier  said that “nature drafts the man and education completes him. ”

It is in this spirit that the World Wide Watch’s project began, with the intention of developing a series of six manuals and books of educational activities for teachers and primary school children.

The activity books, which cover the eight years of primary school, adopt an innovative approach. As these books are concerned with the cognitive understanding of the child and life skills, they are not intended to replace existing school programmes, but rather aim to enrich them.

Flavio Lucchesi explains: “They do not claim to transmit knowledge, but rather are intended to stimulate awareness among children of the world that surrounds them and to encourage them to reflect on their environment so as to better understand it. The activities offered in the workbooks tackle their understanding of one another, the environment, the concept of respect and rules by adopting a multidisciplinary approach. In addition, they encourage children to adopt different perspectives: they are urged to reflect on themselves, on others and the world in general.

This is primarily a child-centred approach. Each activity includes exercises to perform individually and in groups. In addition, at the end of each activity the child is invited to reflect on their work and express their level of satisfaction with it. This method allows children to become aware of their responsibilities who then tend to invest more in their work. ”

A project with universal scope

“The beauty of the World Wide Watch project is its universal scope of application. The workbooks are developed so that they can be used by schools all around the world.”

The first activity book, which covers the first two years of primary school, has been produced in French, English and Arabic and will be translated into other languages. It is now available in English on the NGO’s website