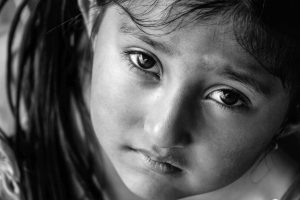 Since the 1990s, Guatemala, Honduras and El Salvador – commonly called the Northern Triangle due to their crime levels – have been plagued by the violence of the maras, criminal gangs characterized by extreme violence. In addition to spreading terror in various Central American cities, these gangs also recruit children and teenagers, pulling them into organized crime.

The phenomenon of the maras appeared in the United States in the 1970s. Many Central Americans who had taken refuge in California from conflicts that raged in Guatemala, Honduras, and El Salvador had trouble integrating and fell victim to gangs. Following their survival instinct and determined to defend themselves, they imitated the gangs’ modus operandi and formed gangs themselves, which they called maras. Their members are called mareros. At the end of the conflicts in the 1990s, young Central Americans who had criminal records were deported from the United States. Faced with harsh realities upon their return (cultural differences, poverty, unemployment, weak institutions and an absence of security), they reconstructed the same gangs in their home countries.

The Northern Triangle: the pinnacle of crime and violence

In Central America, the maras form a true criminal network. The list of their crimes is long, 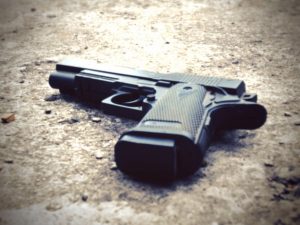 but the maras mainly live off racketeering, burglary, kidnapping, and prostitution. In addition, these gangs are armed and extremely violent, and won’t hesitate to pull the trigger. This is why the Northern Triangle records criminal activity, with 15,802 homicides in 2014. Additional problems include the inefficiency of policies to combat this problem and corruption in law enforcement. All of these factors contribute to the extent of the mara problem and they continue to lawlessly spread terror in Central America.

Young people caught in a trap

Central American young people are most affected by this phenomenon because mareros are recruited when they are still just children. The endemic poverty faced by these Central American countries very often leads to the destruction of families: either children are abandoned by one of their parents or that parent is in prison. 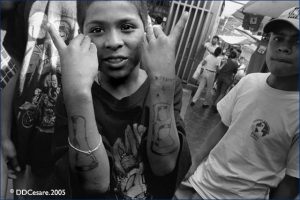 As a result, these children turn to the maras, which seem like a family to them – they give them an identity (with dress codes and tattoos), recognition within the gang, and easy money. Yet in most cases, they have no other choice but to join a mara, as their own lives or those of their families are threatened.

Joining a mara between the ages of 6 and 14, children are caught up in the system and have no way out. Starting off as informants or messengers, from the age of 9 they undergo an initiation to become a fully-fledged marero. This can be anything from starting to smoke, having to kill an average citizen in the street or, when the recruit is a girl, being raped. Moreover, they become parents very young, raising their children in the heart of the mara, so their children in turn become mareros. Ultimately, mareros generally die before the age of 30, victims of enemy maras or killed by their own for wanting to leave the mara way of life.