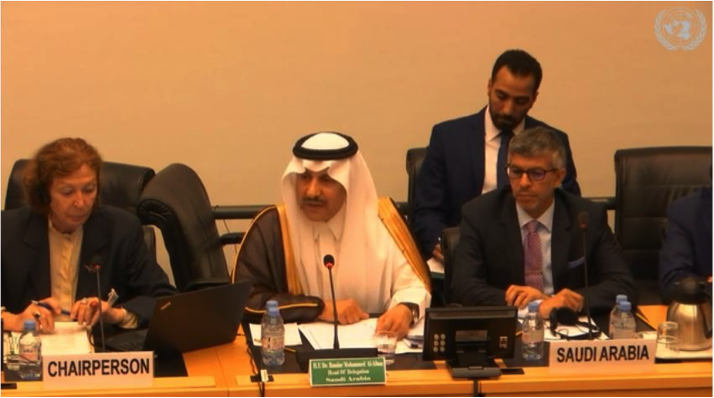 The Saudi Arabian delegation came to support and implement the necessary measures taken by the Kingdom to put into effect the decrees and protocols signed by them.

Saudi Arabia proclaims that numerous efforts have been supported regarding the OPSC as well since the last Committee meeting, held 2 years ago. The Kingdom fights against the violence, abuse and negligence of which the children are victims and imposes strong sanctions on those responsible for these unlawful practices. The child victims also receive full rehabilitation and support from the Kingdom. Furthermore, the public and private sectors also worked out a new partnership in order to create a safe environment for children.

As for OPAC, Saudi Arabia assures that the adopted measures are based on the Islamic sharia and on national regulations. It also supports strict regulation in respect to minimum enlistment age in the army. Saudi Arabia also raises the thorny issue of children in Yemen, explaining the situation of extreme poverty in the country and the fragility of the education system and the presence of social conflicts involving child soldiers. Saudi Arabia assures humanitarian assistance in Yemen for the most affected groups and supports the rehabilitation and reintegration of these children.

In conclusion, Saudi Arabia aims to – with the help of the humanitarian aid center and King Salman – establish the country as a model in terms of peaceful childhood that could be measure though its recently introduced performance indicator review program and database to assess progress.

However, despite Saudi Arabia’s report and the various measures mentioned, the Committee on the Rights of the Child raises questions and comments on crucial points. Notably, it is concerned with regard to data acquisition and the cruel lack of numbers, on the crimes of internet pornography and sexual tourism, the number of children involved in armed conflicts, etc. The Committee also highlights that the protocols are not easy, but are rightly complex and of the utmost seriousness. Certain apprehensions of the examination of these protocols are felt with regard to impunity, reintegration of the victims, etc, and there is still a ways to go between data gathering and its implementation. The Committee also mentions the lack of consistency and coordination between the different bodies. In its opinion, sectors not being properly identified implies a misidentification of budgets and does not allow for improved efficiency and fairness. In addition, a question about the entity responsible for independent monitoring of this progress was also mentioned, as there is a difference between coordinating and monitoring. One of the great concerns of the Committee is also to determine the fates reserved in Saudi Arabia for human rights defenders and particularly defenders of children’s rights (disappearance, abduction, detention, etc). Lastly, the major concern of the Committee relates to the situation in Yemen, which is an extremely serious case and it hopes to be able to stave off an imminent catastrophe. 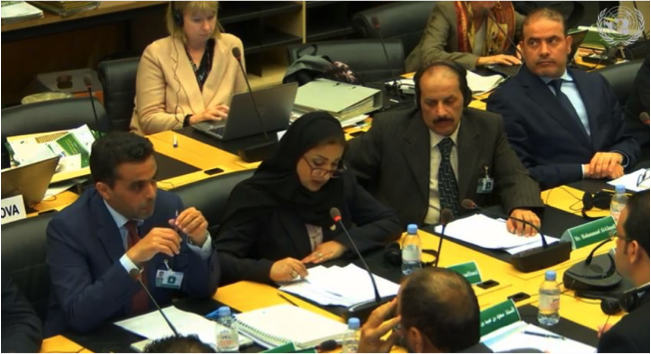 To conclude the session with Saudi Arabia, the vice-president of the Committee on the Rights of the Child, Renate Winter, finished with the following sentence: “No child should be collateral damage”; and Humanium strongly supports this statement. Every day Humanium struggles so that no child is the victim of violence and so that children’s rights are improved, defended, protected and become a reality throughout the entire world.

Together, let’s make this world a better world where every child can grow up peacefully far from violence, weapons, and suffering!