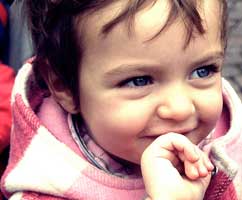 Italy is one of the European Common Market’s founding countries; yet it is undergoing a difficult socio-economic crisis. The country has made progress in the field of children’s rights. Nevertheless, the future of the peninsula’s children is constantly being put to the test by a number of problems that include but are not limited to: poverty, child labor, discrimination, as well as lack of oversight and inadequate support for refugees within its borders. 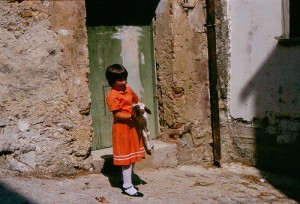 Among Italy’s children, the risk of poverty is extremely high. In effect, around 25% of Italy’s children are threatened by poverty, as opposed to an average of 20%  in other countries of the European Union. The number of children per household has a considerable impact on the risk level:  a single child runs a 7% risk of poverty whereas for a child who has brothers and sisters, the risk rises to 30%.

In Italy, the risk of a child being poor 1.5 times higher than their counterpart living in France. There is thus a real need to improve Italy’s overall political, economic and social situation in order to provide all children with a real opportunity to effectively exercise their fundamental rights. 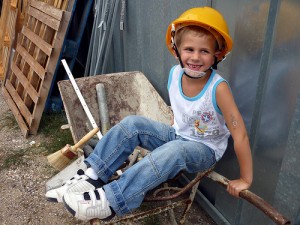 In Italy, principally in the south, tens of thousands of children from underprivileged social classes find jobs to help their families survive. This constitutes a violation of CRC article 32.

These children work several hours per day after school (certain ones do not even go to school), on the weekends or during vacations. In most cases, they are employed in the restaurant sector but also in the farming sector, the trade sector and in construction. The hours are difficult and sometimes they are required to wake up very early. This sort of life sometimes forces some of them to join the Mafia.

Criminal organizations recruit numerous youth whom they use to effectuate illegal activities such as drug-trafficking. Many of these youths, particularly in the south of the country, are recruited in districts where unemployment and violence are prevalent.

These adolescents come from poor families, have often dropped out of school and know only “the law of the jungle.” The Mafia gives them what they are searching for:  identity, membership in a group, respect and wealth. Thanks to the charisma of Mafia leaders, they are quick to take such men as their models and place their trust in them. The youngest children soon find themselves reduced to stealing and begging while the girls are forced to prostitute themselves. 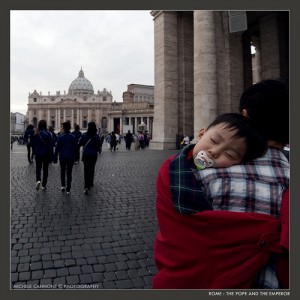 Italy faces a strong immigration wave consisting principally of people from Asia and Africa. Recently, this flux has been heightened by turmoil in North Africa. These migrants or refugees arrive in groups, accompanied by their children.

They often come by boat and the youngest of them, as well as the frailest and most vulnerable, are often dehydrated and suffer from the effects of hunger.  Some of them may even end up dying as a result.

Nor is it the case that their situation necessarily improves once they have arrived in Italy. Sometimes they lack the proper identity papers—which makes it difficult to determine how old they are.  Indeed, it is often the case that child refugees were never officially registered as having been born in their countries of origin to begin with. Furthermore, the conditions of Italy’s refugee camps are deplorable.  Children end up in centers that are ill-adapted to meet their needs; consequently, their basic rights are not respected. 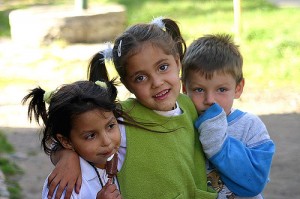 The human rights organization Amnesty International is concerned about Italy’s climate of intolerance and discrimination.  In effect, child refugees are all too often invisible in the eyes of society. The authorities do not see them; those who ought to defend their rights do not see them; and the media only mentions them in conjunction with criminal infractions. Nevertheless, they do exist.

There are approximately 800,000 such children in Italy; and no less than 60% of them are born there, grow up there, attend school there, and speak the national language.  However, legally speaking, they are not Italians because birthright citizenship does not exist on the peninsula.

Such youth are the victims of numerous forms of discrimination and exclusion.  With regard to school, for example, 45% of them have difficulties with their studies. Italy needs to do a better job of integrating these children into its society and providing them with a real identity.