The Constitution of Zimbabwe which was in use just after the country attained its independence in 1980, has been criticized by the child rights sector for not being child friendly. It only included civil and political rights in issues to do with governance (Lincoln University, 2017). The disadvantage with the Constitution then, was that its bill of rights did not protect children. In 2013, however, the child rights sector expressed relief when the new Constitution brought with it rights for special groups of people who included children. The Constitution now contains articles and sections in the Bill of Rights that promote the well-being of children and which can be used to fulfill children’s rights. Nevertheless, this article will show that existing laws are not in agreement with the constitutional provisions on child protection, in particular, the Criminal Law (Codification and Reform) Act [Chapter 9:23], the Marriage Act [Chapter 5:11] and the Customary Law Marriages Act [Chapter 5:07].

Provisions of the Constitution 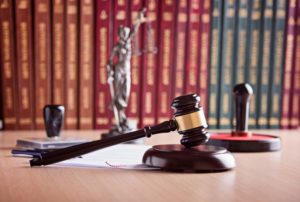 Section 19 of the Constitution specifically provides for children. The Section calls upon the state to “adopt policies and measures to ensure that in matters relating to children, the best interests of the children concerned are paramount.” Amongst these measures is the need for the protection of children from all forms of abuse and exploitation. It must be noted that the objectives set the tone of constitutional protection and form a firm foundation for the realization of rights enunciated in the Bill of Rights. The Constitution protects children from sexual exploitation and any other form of abuse. This protection extends to harmful practices such as child marriage.

Various laws which were enacted prior to the 2013 Constitution now need to be amended to reflect the highest level of protection that the Constitution confers on children. The following laws are examples of provisions that do not adequately reflect improved child protection, as provided for in the Constitution

Whilst the Constitution protects children from child or forced marriage, Section 22 of the Marriage Act allows girls to marry at the age of 16 whilst providing for boys to enter into marriage at the age of 18. The customary law that is practiced by most rural communities in Zimbabwe allows marriage at any age. Custom is defined as a common practice by a certain community (Zimbabwe Customary Law and Local Courts Act [Chapter 7:05]) and in Zimbabwe the Customary Law and Local Courts Act [Chapter 7:05] define what Customary Law is. The Constitutional Court of Zimbabwe has criticized child marriage allowed by Customary Law in Loveness Mudzuru and Another versus Minister of Justice, Legal & Parliamentary Affairs N.O and Others (Constitutional court of Zimbabwe, 2015/2016).

Even though child marriage has been outlawed by the Constitution, Zimbabwe’s parliament has yet to align existing laws with the Constitution as directed by the highest court in the land. In cases of sexual abuse and child marriage, the police and courts still make use of the existing laws. Therefore, these laws have not been sufficiently protective. For instance, Section 70 of the Criminal Law (Codification and Reform) Act [Chapter 9:23] provides for the punishment of people who engage in sexual acts with children between the ages of 12 and 16 only, leaving the 16 to below 18 age groups vulnerable. To compound matters for children and childrens’ rights stakeholders, the same Section only punishes sexual acts outside of marriage. Hence if a man is married to a 12- or a 13-year-old girl under Customary Law, they cannot be prosecuted under any law as the customary law is silent on marriageable age.

Constitutional court of Zimbabwe, (14/01/2015 and 20/01/2016) Loveness Mudzuru and Another versus Minister of Justice, Legal & Parliamentary Affairs N.O and Others CCZ12/15 retrieved from: http://www.lrfzim.com/wp-content/uploads/2016/01/Landmark-ruling-on-child-marriages.pdf