Despite efforts from many groups, children around the world continue to die from preventable, curable diseases. One of the leading causes of vaccine-preventable death among infants and children less than five is pneumonia, causing liquid in the lungs and infection. Pneumonia is a pneumococcal infection, caused by a common type of bacteria which can also cause meningitis, bronchitis, sinusitis, ear infections, and a variety of other bacterial infections. 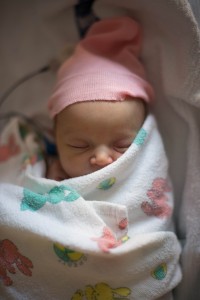 Nearly half a million (476,000) children under age five die of pneumococcal disease each year, and there are nearly 14.5 million cases of serious infection each year. It is one of the leading causes of death in post-neonatal infants and children under five. Most of these deaths are in developing countries. It is transmitted through the air only, often by coughs and sneezes. Children with HIV and AIDS and children under 2 are much more likely to die from pneumococcal infections.

Most of the deaths from pneumococcal infection occur in Africa and Asia, where vaccinations and treatments are not always readily available. While 85% of children in developing countries have a pneumococcal infection at some point, only 27% of children in developed countries ever have the disease. Children who get the disease are often treated with oral antibiotics and may require hospitalization.

Pneumococcal Conjugate Vaccine (PCV) has been shown to be highly effective at reducing infection. PCV has been introduced in 117 countries (as of 2014), covering an estimated 31% of the world’s population. While 83% of people in the Americas and 50% of people in the African region have been vaccinated, only 2% of people living in the Western Pacific region have received PCV. In some countries, use of the vaccine has virtually eradicated the disease. PCV is safe, with very few side effects.

While vaccination is the only way to prevent pneumococcal infection, the World Health Organization also notes that safe drinking water, washing hands, and exclusively breastfeeding infants for at least six months can help prevent transmission and infection. Risk factors include nutritional deficiencies and indoor air pollution as well.

What is being done? 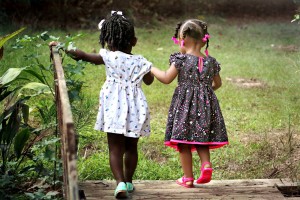 A few global foundations have committed to increasing the availability of vaccinations for pneumococcal disease around the world. The Bill and Melinda Gates Foundation has pledged $10 billion to research, develop, and deliver vaccines to help reduce child mortality by 2020. They believe that this will save more than 8 million children from dying of the disease. GAVI, the Vaccine Alliance, has also committed to fund vaccination efforts in 69 countries. By the end of 2014, GAVI had helped to immunize 47 million children against the disease. Without the efforts of these foundations and organizations, it would likely take 10 to 15 years for this number of children to be vaccinated in lower-income countries.

Children today should not be dying of preventable, curable disease. We must continue to support vaccination efforts around the globe so that more children can live healthy, longer lives.