In modern-day Albania, hundreds of school-aged children are confined to their homes for fear of being murdered.  Volunteer teachers teach these children at home, forming the only connection the children have with the outside world. 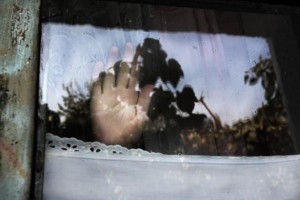 In Albania in 2013, more than 500 children were unable to commence the school year due to an archaic practice known as “blood vengeance.” The phenomenon is a terrible cycle of revenge killing whereby a person is murdered and, out of revenge, a person from the perpetrator’s family is murdered, beginning an endless succession  of revenge killings in which children often pay a terrible price.

The children in the families affected by blood vengeance are permanently confined to their homes and grow up living in fear. They never play outside, even in their own front yards.  They experience daylight only through windows and even then the shutters are never completely open. Their parents know that even if they were to move, they would be found and killed. Unable to attend school, the children are taught at home by volunteer teachers. Often, the volunteer teachers risk their lives to speak with the feuding families in an attempt to stop the endless cycle of murder.

Albania’s churches and the Committee of Nationwide Reconciliation are also attempting to bring an end to this crime, and the government of Prime Minister Edi Rama aims to end blood vengeance killings by enforcing the law.  Ardian Marashi, Associate Professor at the National Institute of Oriental Languages and Civilizations (INALCO), asserts that poverty, which is particularly prevalent in Albania’s north, plays a role in blood vengeance killings: “It’s easy to risk your life when you have nothing to lose.”