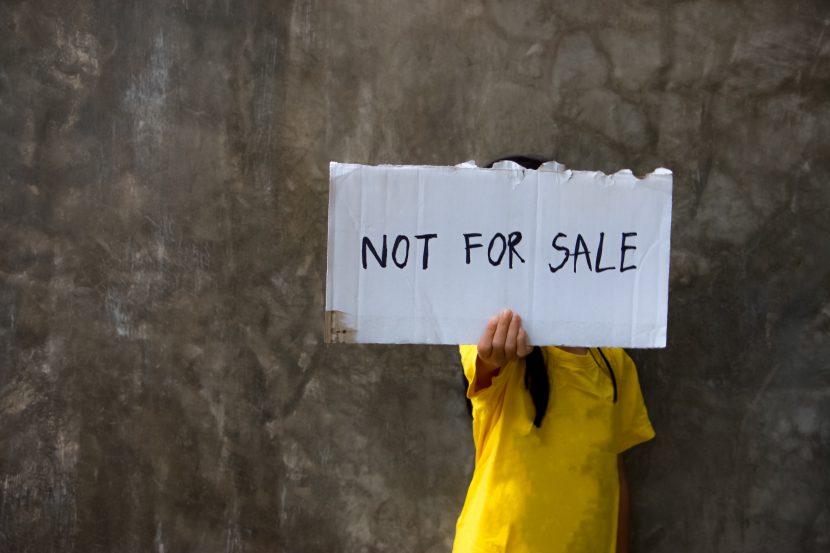 Today, July 30, is the international day against the trafficking of human beings. For perpetrators, human trafficking is probably the most profitable violation of human rights; according to estimates, they make a profit of 150 billion dollars a year (ILO, 2014, p.13). Every day, traffickers trade thousands of people like goods and sell them for exploitation purposes such as prostitution and forced labor or slavery. Almost every third victim is a child.

What is human trafficking?

The international definition of trafficking in persons is laid down in Article 3 of the Protocol to Prevent, Suppress and Punish Trafficking in Persons Especially Women and Children, supplementing the United Nations Convention against Transnational Organized Crime (TIP−Protocol). According to this Protocol, trafficking consists of three elements: an act, a means, and the purpose.

Children under the age of 18 meet the definition of trafficking in persons when they fulfill the act and the purpose element. Thus, child trafficking is defined as the recruitment, transportation, transfer, harbouring or receipt of children for the purpose of exploitation.

In 2015, the United Nations set the 2030 Agenda for Sustainable Development. Target 8.7 of the Agenda calls for immediate and effective action to end forced labor, modern slavery, trafficking, and child labor in all its forms by 2025. Closely related to this are Targets 5.2 and 16.2, which call for eliminating violence against women, girls, and children, including exploitation and trafficking. (UN, Agenda 2030)

Article 35 of the Convention on the Rights of the Child from 1989, demands State parties to “take all appropriate national, bilateral and multilateral measures to prevent the abduction of, the sale of or traffic in children for any purpose or in any form.”

How many victims of human trafficking are there?

It can be assumed that the actual number of victims is actually far higher than 25.000. According to estimates by the Alliance 8.7, which was founded by the ILO and the Walk Free Foundation in 2016, about 40.3 million people were victims of modern slavery. Of these, 24.9 million people were forced to work and 4.8 million sexually exploited. (Alliance 8.7, 2017, pp.9−10)

“Human trafficking takes many forms and knows no borders.” (Guterres, 2018)

Human trafficking occurs in every country throughout the world (UNODC, 2018, p. 10). Traffickers take advantage of the vulnerability of their victims which is why refugees and migrants, minorities, and people from other disadvantaged groups are more commonly trafficked. People in poverty, as well as those in conflict situations, are particularly at risk. (UNODC, 2018, p. 11−12)

Almost half of the victims of trafficking are women (49%). Further figures show that 30% of the victims are children, of which 23% are girls. In some regions, such as sub-Saharan Africa, Central America, and the Caribbean, there are significantly more underage than adult victims. (See UNODC, 2018, pp.10−11)

Although the number of convictions for human trafficking has increased significantly in recent years, there are still many regions where victims are hardly detected and no traffickers are charged. Examples include Sub-Saharan Africa and parts of Asia. More effective measures to identify victims and prosecute perpetrators, especially in these regions, are therefore essential. (UNODC, 2018, p.13)

One approach to protect children from traffickers is to provide specific education for teachers so that they can detect and assist these victims, ensuring that the best interest of the child is safeguarded. (UNODC, 2018, p.13)

The “fight against human trafficking is one of the great human rights causes of our time” (Obama, 2012). Today is a day to remember the necessity to fight this fight and finally eliminate this business in which perpetrators treat humans like goods. At Humanium we stand firm against human trafficking. Our strive to fulfil children’s rights and become a reality is and will continue to be our goal, hoping that every day more children around the world can grow prosperous towards a more promising future.