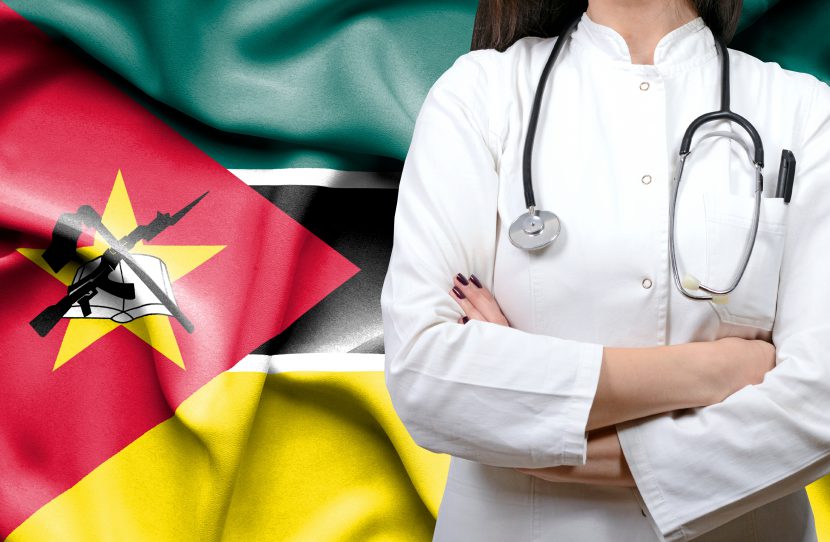 Public health throughout the country

Mozambique, highly affected by poverty, with 54% of the population living in absolute poverty, has inadequate facilities in their public health system. (WHO, n.d.) Their public health is rather basic, limited, and insufficient. In a country which is highly affected by diseases such as malaria, cholera, and diarrhea, it is crucial to have proper infrastructures that can serve the health needs of its citizens. Malnutrition for children and infants is also a critical issue. The situation is worse in the rural areas, where adults with children are obliged to walk more than an hour in order to find a hospital/healthcare center. (WHO, n.d.) And, according to the United States Agency for International Development (USAID), about 30 % of the population are not able to access health services at all with only about 50 % of the population having access to an ‘acceptable’ level of health care. The disparities between people with coverage in rural and urban areas are huge. There are only 3 doctors per 100 000 people and the systems for tracking, motivating, and retaining staff are weak.

The private hospitals are the ones which appear to provide the best healthcare help, but they are not easily accessible for the 54% of the population that live in absolute poverty. In addition, they are only available in certain cities, such as Maputo, and are economically reserved for expats. Even then, however, expats are recommended to complete their vaccinations prior to their stay in Mozambique, as emphasized by Allianz Worldwide Care. (Allianz WorldWide Care, n.d.)

Looking at the numbers, anyone can be outraged at the health situation in Mozambique. Mozambique is considered to be in critical condition in regards to poverty. Of the total employment, 76,8% of the population work at less than $3 per day (United Nations, 2017). Water, for example, is highly contaminated and permits the spread of diseases such as cholera and malaria throughout Mozambique. As Allianz Worldwide Care warns, Mozambique is a high malaria zone, with 307.8 people out of 1000 infected in 2016. (Allianz WorldWide Care, n.d.) In fact, 30% of the mortality rate in children 7 years and below is attributed to malaria. (WHO, n.d.) Another epidemic ravaging Mozambique is HIV/AIDS, affecting 1.5 million people. The prevalence of HIV in people over age of 15 is 16%, demonstrating how Mozambique represents a critical condition for children in need. (United Nations, 2017) As a result of this poverty, and these diseases, typical human life expectancy is 47.4 years. Mozambicans are hit with high mortality rates, with a mortality rate of 53,1 infants out of 1000 births in 2016.  Also, the population is largely illiterate, with very little ages of schooling for both men (4.6 average) and women (2.5 average). (United Nations, 2017)

Worsening of the situation

The shocking situation in Mozambique is a vicious cycle. Poverty leads to inadequate health facilities, leading to more diseases, and more poverty. In addition to these issues, Mozambique is sometimes affected by extreme weather conditions, such as the floods in 2000, Cyclone Idai in 2019, and Cyclone Kenneth in 2019. (UNICEF, n.d.) These events worsen the already-poor health conditions of many Mozambicans.

Mozambique hence finds itself relying on external sources for help. In 2007, foreign aid was 70% of the health sector’s budget. (WHO, n.d.) The health policy framework, and in particular the Government Five Year Plan from 2005 to 2009’s objectives to reduce levels of poverty, came into contact with the SWAp approach, which sought to improve performance of the health sector and strengthen government leadership by putting greater emphasis on policy and strategy development. SWAp worked with the partners World Health Organization (WHO), The Joint United Nations Programme on HIV and AIDS (UNAIDS), the World Bank (WB), The United Nations Children’s Fund (UNICEF), and the European Union (EU). Locally, Mozambique also has been receiving public health support from other countries. For example, the Beira Center Hospital partnered up with Ipswich Hospital National Health Service (NHS) in the United Kingdom in order to cover the areas surrounding the city. (WHO, 2019) However, this hospital was torn apart after the arrival of the cyclones, which damaged hospital wings. Another form of local help is UNICEF’s system of Elementary Polyvalent Agent (EPA) which is heavily funded by external donors, such as the organisation of administering overseas aid in the United Kingdom (UKAID), USAID, the World Bank and is implemented by the Ministry of Health. The goal of this project is to provide more accessible help to a greater number of Mozambicans. A person participating in the program must be literate, and receive a five-month training in basic health promotion, including child and maternal care. These agents, able to travel distances, could help prevent causes of neonatal, maternal, child deaths, and illnesses. Another important project is the United States’ Partners for Pediatric Progress, training Mozambican pediatricians and pediatric surgeons, and thus permitting larger control of health of children. Although this organization helps, it does not cover the whole country, and it seems to focus on Maputo, disregarding the rural conditions. (Partners for Pediatric Progress, n.d.)

UNICEF has other programs which overall seek to improve the health conditions of Mozambique (UNICEF, n.d.) Nonetheless, the country is still facing an epidemic and lacks the resources to overcome it. As we saw with the cyclones Idai and Kenneth, that destroyed hospital property, Mozambique still has to find a way to build a solid health care system which can survive through extreme weather conditions. (Moore, 2019)

In their day to day life, Mozambican children have to face poor health conditions, either on the streets or in their own shelters, even water is often unsafe. In addition, the schools are particularly unstable, as we have witnessed with the complete destruction of these facilities following the April 2019 cyclones. Children thus have to face physical sickness and instability, and they are unable to attend school to the same extent as other children in other parts of the world. Consequentially, they are mentally exposed to physical instability, which can be startling for them. They need to be taken care of physically and mentally.

One of the first steps to resolving this issue is to raise awareness about it. It is important that the world knows about the deplorable health conditions of children and adults in Mozambique, in order to gather up support from NGO’s, governments, and activists to make a change. By reporting on the situation, HUMANIUM hopes to incite world leaders to help Mozambicans.
Furthermore, with its mental health approach, adopted in many of its projects, HUMANIUM can recommend certain actions to other NGO’s and the local government. In particular, NGO’s can take examples from HUMANIUM’s past projects, notably in India and in Guatemala, where HUMANIUM valued a physical and a mental approach to these issues.

In Guatemala, HUMANIUM was able to provide healthcare to teenage mothers, who had been victims of trafficking and sexual violence. Understanding health as both physical and mental, HUMANIUM’s project aimed primarily at helping victims restore their personal circumstances, through personal, family, and social development.

In India, HUMANIUM completed a project to improve the living conditions of children and villagers of Eappakkam, sending children to school while reducing the risks of malnutrition and poverty which prohibited so many children from living a healthy life.

It is these initiatives that would greatly help the health of the children in Mozambique, allowing them to go to school, and attain their basic rights as human beings.