Today, we celebrate 20 years of the mandate created to better protect children affected by armed conflict. Many of us participated in Graça Machel’s 1996 study on the impact of armed conflict on children. Our organizations provide child protection programs in wartorn countries, conduct research and advocacy on children and armed conflict, and where we can, contribute to the UN-led Monitoring and Reporting Mechanism.

We are pleased to celebrate, alongside our United Nations counterparts, the successes of the past 20 years. More than 100,000 children have been released. All government security forces listed for recruitment and use have adopted action plans to end and prevent that violation. Attention to grave violations now also extends beyond child recruitment. For example, the Safe Schools Declaration expressing political commitments to protect schools from military use was adopted in 2015 and, as of January 2017, has been endorsed by 57 Member States

But, child rights are still being violated. As a global community, we are struggling to protect children from grave violations in places like Syria, Central African Republic, South Sudan, and other countries around the world. As a community, we need to do more to live up to our collective responsibility to protect. In order to reach our common goal — a world free from grave violations against children — we would like to highlight some of the opportunities and challenges we see ahead:

In the past two years, civil society organizations and the media have exposed the undue pressure some Member States have exercised, including threats to withdraw UN funding, to avoid being listed in the Secretary-General’s annual reports on children and armed conflict despite credible evidence pointing to violations. While politicization of the UN-led MRM is not new and is something we must collectively guard against, such undue pressure risks undermining the basic principle of the UN Security Council’s Children and Armed Conflict agenda : that a party to conflict be listed 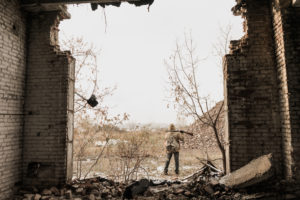 for one reason alone, i.e. a pattern of documented, UN-verified grave violations against children. Furthermore, we are concerned that the Secretary-General’s annexes have failed to include certain parties that have repeatedly been mentioned in the body of the report and where evidence exists of systematic violations.

The upcoming 2017 report on children and armed conflict thus presents an opportunity for the new Secretary-General to ensure that the annexes include a complete and accurate list of all parties to conflict that perpetrate grave violations.

Actions plans have been useful tools to generate positive changes in ending and preventing grave violations. To date, 27 actions plans have been signed, and 9 parties to conflict delisted following the implementation of their action plans on recruitment and use. But, some action plans now date back to 2007 and still have not been implemented. Meanwhile, violations are still being perpetrated against boys and girls. If the agenda is to be successful beyond its 20 years’ – action plans must be seen as the means and not an end. They are a starting point of extended support for reform against unlawful recruitment and use of children, and other grave violations

In order to achieve this goal, everyone must play their part. In particular, we call for:
– Listed parties to demonstrate their political will to end and prevent grave violations by adopting remedial and preventive measures in a timely manner.
– Member States to prioritize the Children and Armed Conflict agenda in their foreign relations, including through bilateral diplomacy and conditionality on military assistance to listed parties to encourage the adoption and implementation of action plans.
– The UN to devote sustained, high-level political engagement to the issue at the country level, through a strong inter-agency approach and dedicated child protection resources and capacity. In particular, we would like to call for intensified engagement with nonState armed groups, which constitute the majority of parties listed by the SecretaryGeneral (51 out of 60).
– The donor community to address the critical need for sufficient and predictable resources to sustain the implementation of action plans, and the reintegration of children into their communities of origin. To do so, strengthened child protection systems that offer services and support to children and communities are essential.

In 1996, Graça Machel wrote in her report that, “No peace treaty to date has formally recognized the existence of child combatants. As a result, their special needs are unlikely to be taken into account in demobilization programmes. (…) Peace agreements and related documents should incorporate provisions for the demobilization of children; without this recognition, there can be no effective planning or programming on a national scale.” (1) Still, based on a research of 431 documents included in the UN’s Peacemaker Database, only 75 relevant documents adopted since 1999 included such provisions, or less than 17%.

We therefore recommend that the UN and Member States ensure child protection is discussed throughout peace negotiations, and in this regard refer to the ‘Checklist for child protection provisions in peace agreements’, developed through a consultative process led by Watchlist on Children and Armed Conflict, which is available on the UN’s Peacemaker Database.

4) Attacks on schools and hospitals:

In many conflict-affected countries throughout the world, schools and hospitals are being systematically attacked as objects of war. A report released in May 2016 by the Safeguarding Health in Conflict Coalition documented that targeted attacks against hospitals and health care had been carried out in at least 19 countries throughout the world. Parties to conflict have bombed, looted, occupied, and temporarily or permanently closed hundreds of health facilities; shot at and stolen ambulances; threatened or forcibly detained health care workers; and denied passage at checkpoints to persons either attempting to reach hospitals to receive lifesaving treatment or deliver essential medicines and supplies. Attacks on health care compound challenges to children’s health, already exacerbated by weeks, months, and in some cases years of conflict.


The Security Council responded to the dramatic rise in attacks on hospitals and health care by adopting Resolution 2286, and strongly condemning attacks against medical facilities and personnel in conflict situations.

Like health care, education is also increasingly under attack. The Global Coalition to Protect Education from Attack has documented patterns of attacks on schools, students, teachers and other education personnel in at least 30 countries over the past 8 years. Their reports also document the use of schools by State or non-State armed groups as military barracks, weapons storage facilities, command centers, detention and interrogation sites, and firing and observation positions. Such use of education facilities by security forces and other armed groups may place students and educators at increased risk of attacks. The Safe Schools Declaration, through which States express their commitment to protect education in armed conflict, has been endorsed by 57 States as of January 2017. We recommend that UN Member States, who have not yet done so, work with their foreign affairs and defense ministries to endorse the Declaration. We also recommend for the Security Council membership to consider a stand-alone resolution condemning attacks against education in conflict situations for adoption in 2017.

The CAC agenda has been successful at building awareness and bringing high-level attention to the issue at a global level. It has not, however, resulted in consistent criminal accountability for grave child rights violations. There have only been a handful of convictions: Thomas Lubanga and Charles Taylor, both in 2012, by the International Criminal Court, and six other individuals by the Special Court for Sierra Leone. Peacekeepers themselves, deployed with a mandate to protect civilians, have been caught sexually abusing vulnerable children in conflict settings such asthe Central African Republic, but are rarely prosecuted. 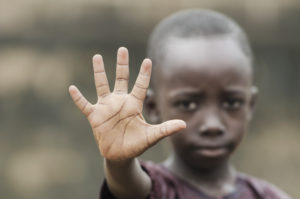 In 2012, a Watchlist partner from Nepal briefed Security Council Members in an Arria formula meeting, and said that, “In Nepal, the action plan did bring about an end of the violation of recruitment and use of child soldiers. But it did not translate into legal accountability for the crime of child recruitment and use. Until this day, not a single perpetrator of child recruitment and use has been prosecuted in Nepal. To us, this feels as if there is no real accountability for the perpetrators.” We therefore call on the Security Council to play a greater role in pushing for justice in relation to the six grave violations; including through the establishment of a thematic sanctions committee, and the referral of situations to the International Criminal Court. We also call on the UN to undertake greater efforts to ensure access to justice for children who have become victims of these crimes as called for in Sustainable Development Goal (SDG) 16.3; and to take immediate and effective measures to prevent and counter trafficking in persons in armed conflict in all its formsin accordance with SDG 8.7, calling for the prohibition and elimination of child labour in all its forms by 2025. Finally, the UN Global Study on Children Deprived of Liberty offers a unique opportunity to collect scarce data on children deprived of their liberty in the context of armed conflict and we invite UN Member States to support the Independent Expert in the implementation of the Study.

The risk of children’s involvement in future hostilities will not be fully addressed until all States have adopted the necessary legal, policy, and practical measures to prevent recruitment and use under the age of 18. According to Child Soldiers International, of the UN Member States that have armed forces, 43 still have not adopted a straight-18 standard, including 4 of the Permanent Members of the Security Council. This year also marks the 10th anniversary of the Paris Commitments and Principles on Children Associated with Armed Forces or Armed Groups, which have been endorsed by 105 Member States. We encourage Member States to participate in the upcoming highclevel event convened by France and UNICEF in Paris, on 21 February 2017, and to endorse the Commitments to ending child recruitment and use by armed forces and armed groups.

This is a moment of great opportunity, and we welcome the fact that the UN and Member States stand ready to grasp it. For the sake of children being violated in conflicts all over the world, we implore you to take the necessary steps outlined above towards ending all grave violations of children in conflict.
Thank you.