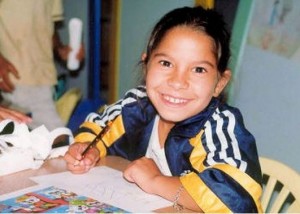 Even the few existing laws which prohibit discrimination contain a number of exceptions.

For example, in 2011, the United Nations Committee on the Rights of the Child noted that children of minority groups, particularly Roma children, do not have identity documents. They are thus unable to access basic administrative services. For this reason, infant mortality is likely to be higher in the Roma community due to limited access to the health system.

Moreover, the healthcare system discriminates against Roma children as it only provides care for children who regularly attend school and whose parents are employed or are covered by the social security system.

Although the primary school attendance rate between the years 2007 and 2009 is good (93%), the attendance rate remains very low for minority groups, again, especially amongst Roma children.

Indeed, Roma children do not have access to education in their language, which means they are not able to have a normal education.

Children are increasingly grouped according to their ethnicity in schools, which is leading to inequalities in the level of education accessed.

At the moment, very few schools are accessible to disabled children who remain marginalised by the education system.

The right to identity is essential for every citizen to be officially recognised within their country.

In Macedonia, many children do not have identity documents or a birth certificate, so they are unable to access basic administrative services (education, healthcare, family benefits, etc…). This absence of documents applies in particular to Roma children and refugee children.

Additionally, the law of the former Yugoslav Republic of Macedonia authorises the suppression of information relating to the origin of adopted children. As such, adopted children do not necessarily have the possibility of discovering their origins and their true identity. 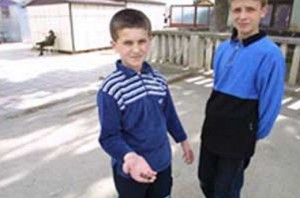 Thus, despite the fact that the legal age of marriage is 18 years, many young children continue to be sold before this age and are forced to marry.

Children are also sometimes made to work illegally. They must be at least 15 years of age to do so legally. It is also necessary to add that employees under 18 years old receive a specific social security benefit.

However, the United Nations Committee on the Rights of the Child believes that these laws are not sufficiently respected in Macedonia. It would appear that there is a very large black market in which many children work, particularly in begging, selling in the streets or in restaurants.

There is a law that prohibits corporal punishment in schools, but this abusive practice has not been quashed in families and is still very common.

Moreover, the United Nations Committee also declared that abuse was very common in alternative care institutions, such as orphanages or correctional institutions where batons are still used frequently.