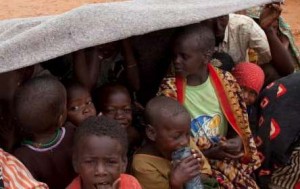 These victims, reduced to silence and treated like slaves, become objects of illicit and immoral commerce.

The traffic or trade of children is characterized by the recruitment, transport, transfer, and housing of any person by different methods.  It may also involve resorting to force or any other forms of restraint, through kidnapping, deceit, fraud, as well as the abuse of authority. Offering, accepting payments, or benefits for obtaining the consent of the victim (or person having authority over the victim) are also illicit acts that contribute to child trafficking.

Child trafficking has no universal definition, though many legal instruments mention it. One of these is the Convention on the Rights of the Child of 1989, which refers to child trafficking in Article 11 line 1, stipulating that “illicit transfer and non-return of children” is forbidden.

Traffickers organize themselves via large international networks, which engage in many activities, such as drug trafficking or prostitution. 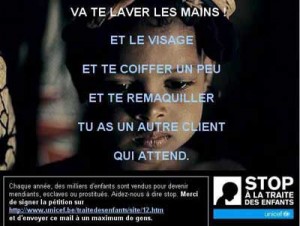 Conditioned to obey through physical and psychological violence, children are often kept in foreign places. Linguistic and geographic isolation strengthens the grip that traffickers have on their victims who are unable to escape.

There are many explanations for child trafficking:

Poverty is one of the main causes of child trafficking. Poor families sometimes have no choice but to abandon their children, leaving them in the hands of traffickers. Poverty also causes a large increase in the number of street children and orphans. Vulnerable and fending for themselves, they become the ideal victims for traffickers who don’t hesitate in their promise of better living and working conditions in another country. Unfortunately, the reality is entirely different. 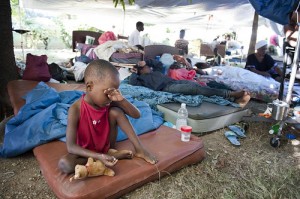 Child trafficking is particularly prominent in areas struck by natural disasters. Notably, such was the case after the earthquake in Haiti in 2010. Traffickers profited from the situation by kidnapping numerous children.

It can be observed that child trafficking is more frequent in countries where human rights are being violated.

Illiteracy and the lack of education make families more vulnerable to traffickers.

The most threatened children are those whose births were never registered. Each year, 40 million children are born without being officially declared, which constitutes a violation of the Right to Identity.

Child trafficking is an extremely lucrative. For example, a Serbian woman sold her child, a minor, for 2900 Euros to Croatian traffickers. This trafficking is so profitable that there is an increase in intermediaries, drawn to the easy gain.

Child traffickers generally run few risks because laws are insufficient or often unenforced. Also to be noted is the absence of criminal provisions against child trafficking in the domestic laws of many countries.

According to UNICEF, the number of infants and children from Guatemala sold to couples wishing to adopt in the United States and Europe is between 1000 and 1500 per year. While mothers receive 30 dollars for a child, couples spend between 15,000 and 20,000 dollars to adopt. 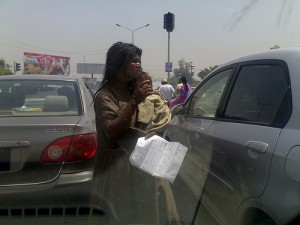 Children are sold for the purposes of sexual exploitation, begging, soliciting, or for forced marriages. They risk themselves in construction work, working in factories, or are employed as domestic servants. Children are given for a substantial sum of money to parents waiting to adopt.

The sale of child organs is more and more frequent. To escape their living conditions, some children are ready to sell one of their kidneys for money.

The sale of organs represents between 5% and 10% of kidney transplants performed in the world each year.

Today, many solutions are possible to put an end to child trafficking: 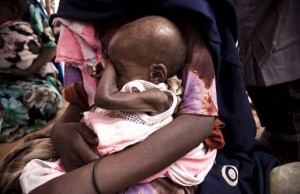 Awareness campaigns through television and radio as well as educational workshops must be carried out to limit this scourge. Access to information is crucial, and families must know the risks involved in trafficking.

Countries must create and enforce laws aiming to fight against trafficking. International legal instruments relating to child trafficking are forgotten and often poorly enforced by national governments. The more punishments incurred for trafficking, the more traffickers will hesitate before acting

It is important that militaries effectively control and observe their borders in order to ensure effective prevention. Effective international cooperation is also important: child trafficking networks often extend well beyond the borders of a country.