Violations of international human rights and humanitarian law are multiplying in South Sudan: massacres of the civilian population and destruction of their property, the recruitment and use of children in the military forces and abuses of all kinds; the country is now the scene of an extremely alarming humanitarian crisis that is especially affecting children.

The situation of the country

The Republic of South Sudan became independent after its self-determined referendum in 2011. Sudan and the international community then recognized the independence of the country. Yet the country remained very unstable: the long war of independence (1983-2005) has left its mark, and inter-communal clashes have taken place in the newly recognized country. To make matters worse, the country has high levels of poverty, and mainly survives thanks to the presence of oil in the north.pau 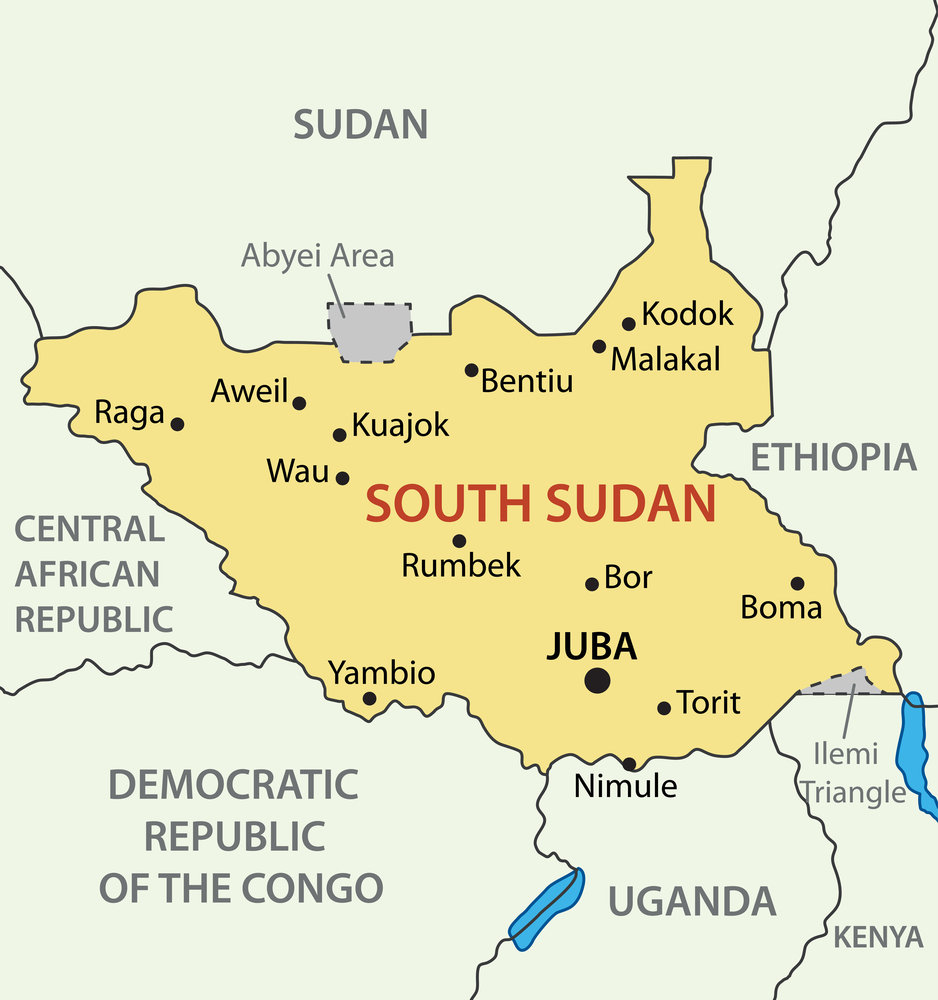 vre In 2013, instability degenerated into civil war when President Salva Kiir pushed Vice President Riek Machar out of office. The conflict holds an inter-ethnic dimension to it as both men belong to two different ethnic groups, the former being part of the Dinka ethnic group, whilst the latter is a member of the Nuer group. Thus, in addition to the violence committed in the fighting, numerous massacres of civilians were reported, as belonging to a certain ethnic group is considered by some individuals as a demonstration of one’s position in the conflict.

According to the UN, this war is all the more disturbing as the country is located in an unstable region.  Whilst Uganda is supporting the South Sudanese President, Ethiopia denounces its intervention. That said, South Sudan seems closer to the former Vice President and maintains complicated relations with Uganda. Lastly, many South Sudanese fighters took refuge in the Democratic Republic of Congo in mid-September, a country that has been struggling with armed conflict for decades. Therefore, there is a real risk of the conflict spreading across South Sudan’s neighbouring countries.

However, peace agreements were signed in August 2015 under the auspices of the IGAD (Intergovernmental Authority on Development). These formal agreements have been rendered impotent as they have not been respected by any of the parties in South Sudan, wherein major clashes took place in the capital of Juba this year between the 8th and 11th of July. As a consequence to this enduring situation, the suffering of the South Sudanese population continues.

An significant consequence of the war is malnutrition. According to the latest report released by the IPC (Integrated Food Security Phase Classification), 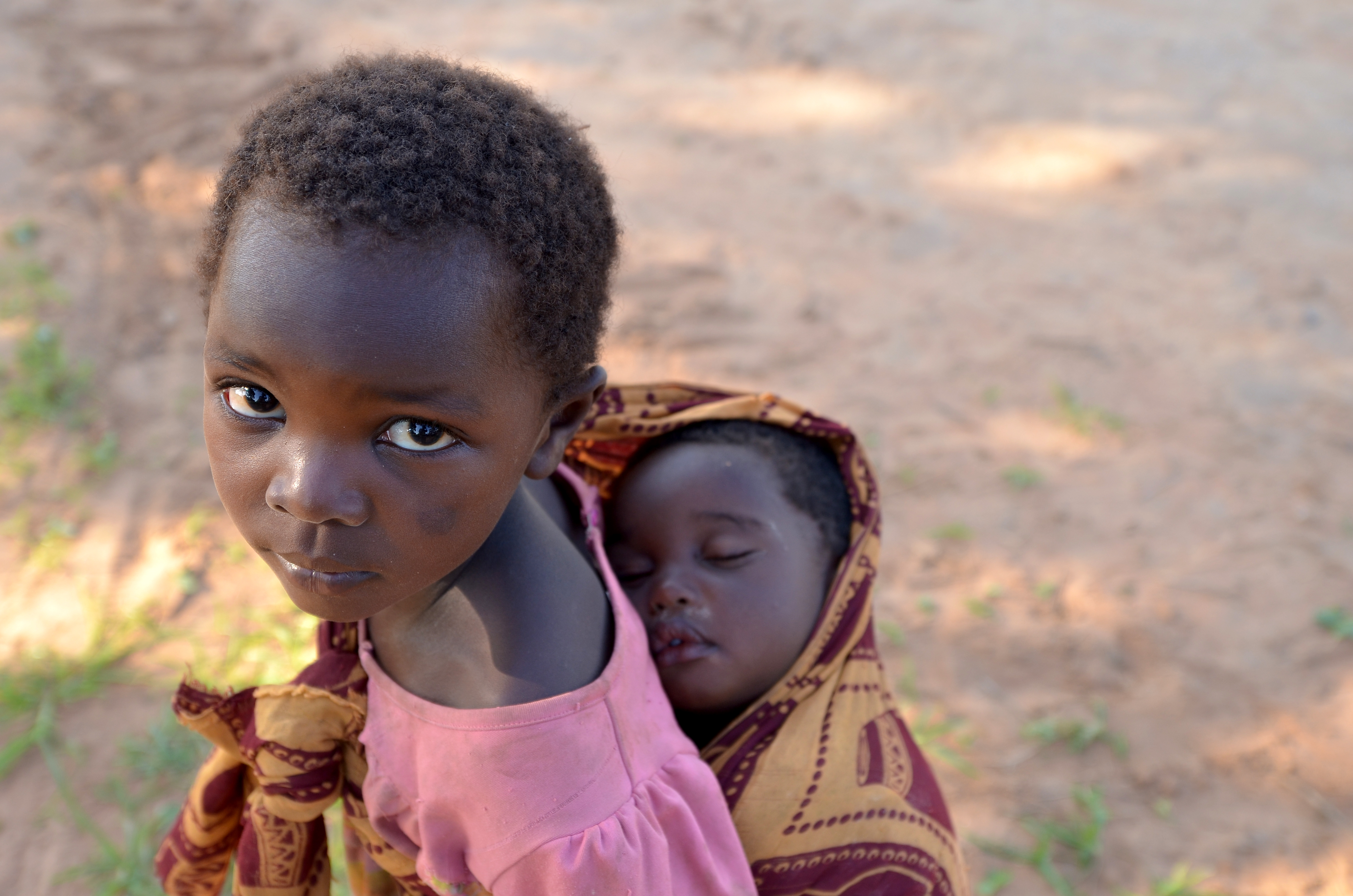 the alimentary situation in South Sudan is extremely worrying, especially with regards to the increase in the number of people suffering from food insecurity. This unprecedented level of food insecurity could quickly lead to famine in certain parts of the country. Children are the most prominent victims of this lack of adequate nutrition. Many of them leave school in search for food. According to UNICEF, 400 000 children have currently left school because of the ongoing fighting and a third of them are undernourished.

Children are at the heart of the conflict in South Sudan. Although the recruitment and the use of children constitutes a war crime, all parties to the conflict have used child soldiers who are often very young. These individuals become very vulnerable: in addition to being physically separated from their loved ones and lacking access to education, they are often injured, imprisoned or killed. In 2015 UNICEF estimated that between 15 000 and 16 000 children were part of the armed forces present in South Sudan.

What does the future hold for children who have only experienced the war?

Being faced with fighting, the population is fleeing to neighbouring countries. The United Nations High Commissioner for Refugees has estimated in its latest reports that the number of South Sudanese refugees in neighbouring countries has exceeded one million people. In Uganda, there is more than 2,000 refugees entering the country daily, according to statistics released by Save the Children. The demographic makeup of these refugees consists of 90% of women and children, including newborns.

Numerous actors are mobilizing themselves to help South Sudanese children. This includes the UN mission in South Sudan, UNMISS, whose initial mandate was to consolidate peace after the country’s independence. UNMISS has set up camps to protect the civilian population from the violence committed by soldiers. UNICEF’s partner, Confident Children out of Conflict (CCC), offers assistance and accommodation to children who have lost their families, and UNICEF claims to have helped 4,137 children reunite with their families.

However, peace is the solution to guaranteeing a better future to these children, and it is legitimate to ask ourselves; when will the peace agreements that were signed a year ago be applied?