Article 4 of the 1948 Declaration of Human Rights: “No one shall be held in slavery or servitude; slavery and the slave trade shall be prohibited in all their forms.” 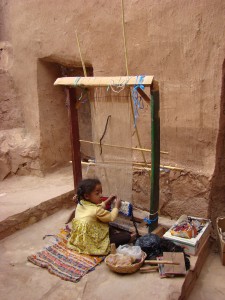 No matter how strict, this universal ban is not enforced. Both adults and children may be victims of modern slavery, regardless of their country, religion, or social status. The story of Natascha Kampusch comes to mind, the young Austrian girl who was kidnapped and kept prisoner, forced to carry out various tasks for her kidnapper for 8 years. Known worldwide, her story is just one example among so many others. In effect, according to a report by the Walk Free Foundation, the ‘Global slavery index’, there are an estimated 38.5 million people subjected to modern slavery across 167 countries.

Children and slavery: the international community’s challenge to eradicate the phenomenon
While 38.5 million people are estimated to be victims of slavery worldwide, children are also affected. According to the International Labour Organization, there were 215 million children between 5 and 17 years old working in 2010. In 2014, there were still 150 million children in employment, according to UNICEF. However, there are several international legal texts which should, in theory, allow us to avoid such high rates of child slavery.

The conventions of the ILO, the 1926 and 1956 conventions on slavery, the UN Convention of the Rights of the Child, ILO Convention No. 182 concerning the worst forms of child labour are all tools to be used to fight this phenomenon. But they are not enough. In effect, the texts exist, but in reality, not all States wish to sign and ratify them. More precisely, international law is not completely binding. States can only be reprimanded for contravention of one of these texts if they have already accepted and implemented them nationwide.

Sub-Saharan Africa: 25%
South and East Africa: 25 %
Central and West (instead of: Western) Africa: 9%
North Africa and the Middle East: 9 %
South Asia: 12%
East Asia and the (optional) Pacific: 8%
Latin America and the Caribbean: 11%
Europe and Independent States of the Commonwealth: 5%

No region of the world is unaffected.

“You may choose to look the other way but you can never say again that you did not know” — William Wilberforce
There are many forms of modern slavery, all of which affect children in the worst ways. It may be child trafficking, the use of child soldiers, forced prostitution, forced and slave labour, or even the use of children in the international drugs trade.

To give just two examples, child soldiers are very often taken from their families, drugged, to the point that they lose their moral compass, and trained to kill ”the enemy’. They also often fall victim to rape and torture, forced to participate in the horrors of war at a very young age.

The psychological damage children experience as a result of modern slavery is often irreversible and we must continue fighting against this phenomenon until it disappears.