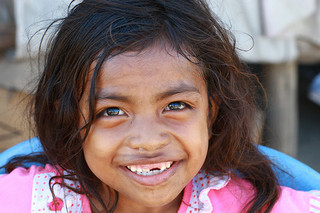 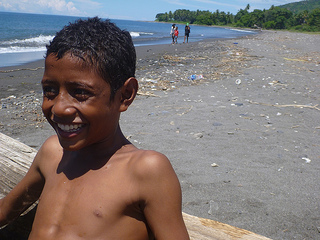 One hundred and ninety-one countries signed the International Convention on the Rights of the Child and the last country to do so was East Timor on April 16, 2003. Despite this advance, major problems concerning children exist. Overshadowed by a war of independence in which children were enlisted as soldiers until 2002, East Timor has not been able to consistently deliver an adequate education or sense of justice to children. Child labor, prostitution and acts of violence are phenomena that are not always punished by the State.

Forty-six percent of the East Timorese population is between 0 and 14 years old, children constitute almost half of the population and are the first victims of the high rate of poverty of the country. In fact, 73% of the population lives on less than two dollars a day.

An increased rate of child mortality is one of the consequences of the State’s lack of resources. Out of every 1,000 children born, 36 do not reach the age of one.

Sometimes this shortage of resources drives parents to place their children in specialized institutions to raise them. 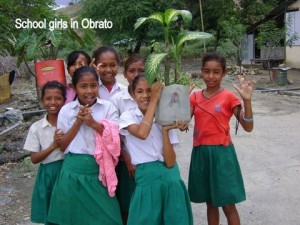 Fourteen percent of children aged 6 to 11 are not regularly enrolled in school and access to schools continues to pose problems in certain rural areas.

Only 39% of girls and 34% of boys are enrolled in secondary education.

A study from the World Bank published in 2012 estimated that 45.3% of children younger than 5 years old were underweight. Malnutrition continues to be a recurring problem in East Timor but with the aid of UNICEF the country developed a national nutrition strategy. 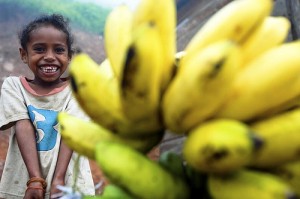 An expanded vaccination program was also put in place in collaboration with organizations from the United Nations and other donors which is reflected by a considerable increase in vaccination rates.

Despite these positive advances the level of child malnutrition, the child and infant mortality rates as well as the maternal mortality rate remain high. There is also an apparent inadequacy in healthcare services geared towards adolescents.

Additionally the vulnerability of East Timorese children in regards to illnesses such as malaria, measles, typhoid, and dengue fever and to respiratory and gastro-intestinal infections is equally a source of concern.

Cases involving abuse of children appear to be handled in an appropriate manner in the judiciary system and most of these cases are not reported or are voluntarily ‘forgotten’ by legal institutions.

The duration of detention before judgment often exceeds the maximum limit allowed in the applicable regulations and detained children are not always completely separated from detained adults.

Trafficking, prostitution and pornography of children

The persistence of widespread child trafficking in East Timor is deplorable, particularly in the informal sector.

Even though little information and few figures are available regarding the extent of child trafficking, prostitution and pornography, a study from the committee for the rights of the child has been devoted to addressing these issues.

In certain cases the poverty in isolated villages forces families to send their daughters, as young as ten years old, to more populated towns to earn money as prostitutes. The younger the girl, the greater the demand and the higher the price. 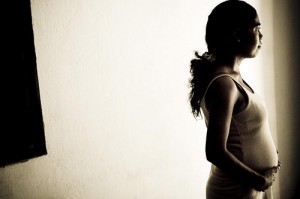 Many girls become pregnant and are sent back to their families to deliver. The new born is then left with the family or placed in an institution while the girl is then forced back into prostitution.

These children, deprived of the protection of their families and social communities, run even higher risks of being exposed to acts of violence.

Brutality towards and exploitation of children is generally accepted in East Timor and a change in these social habits is the first step towards the elimination of the problem.

Although official statistics are limited, reports from local partner entities show that sexual abuse is an alarming issue of disconcerting proportions in the country, especially for young girls.

Moreover, corporal punishments are a commonplace occurrence in the family and are frequently employed to discipline children at school and in other academic settings.

The degrading treatment inflicted on children by police and officials at the center of the penitentiary system have also been exposed.

Certain groups of children, notably the children of repatriated persons, children without baptism certificates, children who are the outcome of sexual relations between family members and handicapped children are victims of discrimination usually with regards to access to education.

Children deprived of their family 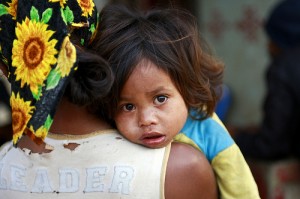 In East Timor children have been separated from their families following the era of foreign occupation. The country was occupied by Indonesia for many years and during this period many children were taken from their parents without their consent.

Children have also been taken from their families for a variety of other inappropriate reasons and the Committee for the Rights of the Child advises the State to ensure children are not separated from their family against their will. Nevertheless, informal arrangements in which children live with a family other than their biological one is a commonplace occurrence in the State.

The minimum age for girls to marry is relatively low at present. Girls can marry at 15 years old while boys can do so at 18.

The practice of arranged marriages of very young girls persists particularly in rural zones. These customs are contradictory to the provisions and principles outlined in the Convention regarding the rights of the child.