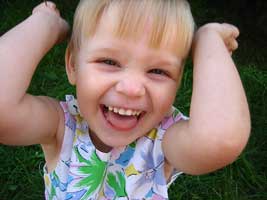 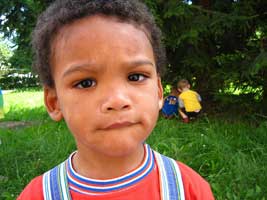 Many problems continue to affect the well-being of Ukrainian children. Since Ukraine has ratified the International Convention of Children’s Rights, it is incumbent upon the government to do more to resolve these issues. 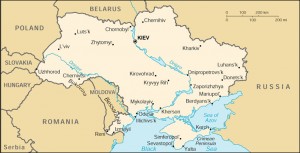 Poverty affects around 35% of the Ukrainian population. The country has recently emphasized the need to support families and children and improve their situation.  Poverty continues to have repercussions for the children’s well-being and enjoyment of their rights. The impact of this economic situation is felt by many families, particularly those having children under the age of 3. 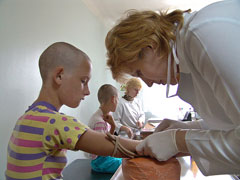 In theory, health services are free in Ukraine. In practice, however, they are not. The cost is high and the services themselves are not sufficiently accessible. Consequently, not all children receive the care they need. This is especially true of those who live in rural areas or who belong to poor families.

With regard to Ukrainian children, certain health problems persist. The infant mortality rate is one of the highest in that part of the world. The country has attempted to improve prenatal and neonatal care for the purpose of increasing the birth rate. Yet, more needs to done if it is to be able to respond to the needs of the population, particularly in rural areas.

The prevalence of AIDS remains a challenge for Ukraine’s health services. Despite attempts to prevent AIDS and provide accurate awareness about the virus, the problem persists. Transmission of the virus from mother to child has not really diminished.

Children who suffer from AIDS do not receive the care they need. Furthermore, such children are subject to numerous forms of discrimination on account of their sickness.

The number of child-victims of violence in Ukraine is very worrisome. The violence itself takes different forms and occurs in various settings.

Minors who are detained by the police are not correctly protected from abuse. There have been many reports of detained children being physically assaulted. More than a few of these allegations involve abuse on part of interrogating officers. On some occasions, the authorities had even used torture to obtain confessions.

Corporal punishment is another disturbing form of violence. In Ukraine, the practice is prohibited by law; nevertheless, it still occurs. Corporal punishment usually occurs at school or at home, and the children who are subjected to it often hesitate to report it.

Ukraine’s disabled children suffer much from discrimination. They are considered sick and treated as outcasts. Consequently, they are unable to fully enjoy their rights. They are placed in special institutions at a very early age and do not have easy access to education services, social services or health services.

Society’s negative view of them clearly contributes to their isolation and has a deleterious effect on their well-being and development.

Racism and xenophobia are on the rise in Ukraine. The wave of discrimination has particularly affected the children of minorities (above all, those of Roma), child refugees, sick children, poor children and those who are disabled.

This discrimination is visible at several levels:on one hand, these children are the subject of various attacks, sometimes violent, on the part of other members of society; on the other hand, when they attempt to exercise their rights or benefit from the same public aid and services as others, they encounter all sorts of obstacles.

It is estimated that close to 8% of Ukrainian children work. The worst forms of work are prohibited by national legislation; still, the number of children present in illegal commerce is very worrisome. Some of them work in coal mines where conditions are deplorable and extremely dangerous. Others become caught up in the sex trade where they serve as fodder for networks devoted to prostitution, pornography, etc. 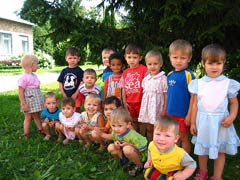 The majority of children attend school in Ukraine.  However, the education system stands in dire need of improvement. It is difficult to gain access to schools in rural regions owing to lack of infrastructure.

The number of preschool establishments is constantly in decline, and no more than 61% of children have access to them. Furthermore, the infrastructure that is provided is outdated and in poor condition.

The Ukrainian state recognizes that the phenomenon of children living on the streets constitutes a “grave” problem. Their number is worrisome and the conditions under which they live are very precarious. Left entirely to their own devices, these children do not go to school, have no easy access to medical care and do not have decent lodging at their disposal. Many of them are exposed to drug use and the various diseases that such practices can engender (HIV, etc.). 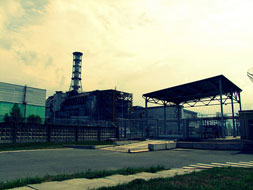 Children have the right to grow up in a healthy environment. However, one problem remains worrisome for the health of Ukrainian children: fall-out from the Chernobyl disaster. This deadly tragedy has, even today, not yet run its course; according to some members of the United Nations, “in terms of human health, the worst is yet to come.”

Millions of children have been affected by this disaster which continues to pose problems for their health: deformities, premature aging, pneumonia. . .