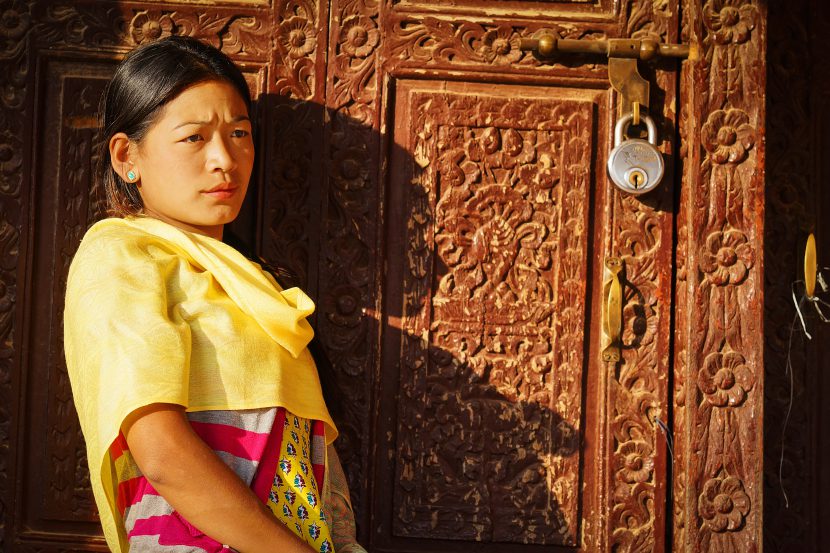 On International Women’s Day, we at Humanium have decided to speak up about the urgency of female slavery around the world, and most particularly in Nepal where a community of young girls are exploited and whose rights are neglected and scorned every day.

Modern slavery impacts lives on a daily basis, everywhere across the world, regardless of gender, socioeconomic status or race. However, recent observations have shown that women and girls are disproportionally impacted by the scourge (International Labour Organisation, 2017). Not only are they considered more likely to be targets of slavery, but they also face great hardships trying to flee from it due to gender-based discrimination. In the latest survey from 2017, women and girls represented over 70% of the 40 million victims of slavery worldwide (International Labour Organisation, 2017). When breaking it down according to different modes of slavery, the female presence is overwhelming in cases of forced marriage, representing 84% of the victims, forced labour, representing 58%, and most importantly in forced sexual exploitation where they represent 99% of the victims (International Labour Organisation, 2017).

Evidently, slavery is not a female-only issue. Men are more likely to be exploited by the State or in industrial environments. A focus on female victims should not come at the expense of the empowerment and support of male victims. Nevertheless, on this International Women’s Day, we have decided to focus on the voices of women and girls in desperate need of education and empowerment in order to understand and shed light on why this crime disproportionally affects them.

A destructive tradition for Nepalese girls

Despite the official abolishment of all forms of slavery in 2000 by the Nepalese government along with the ratification of numerous international conventions aiming to abolish all types of servitude, too many Nepalese girls remain enslaved to this day (Nepal Youth Foundation, 2014). The Tharu community has particularly been impacted by these illegal practices and by the legal amendments brought to the Nepalese Constitution. Originally, members of the Tharu community worked the land as sharecroppers. This land had been taken away from them by middle and upper classes men who, as a result, forced them into bonded labour. Once slavery was officially abolished in Nepal in 2000, the Tharus were freed but their land was not restored. Consequently, having no means to support themselves and living in extreme poverty, they created the Kamlari system, where the ex-bonded labourers would trade their daughters to the landowner in exchange of a right to own a piece of land or to pay off previous debts. Due to their great financial hardships, they were often left with no other choice but to accept any terms the landowner dictates, usually not being in the daughter’s best interest. As a result, the young Tharu girls become domestic servants and are forced to remain until the landowner decides to set them free. They often face great difficulties, sometimes being traded as young as 6 years old, forced to do hard labour, deprived of food, sleep, education, medical assistance and also very often physically and sexually abused (Nepal Youth Foundation, 2014). The right to not be subjected to torture or any sort of degrading treatment, the right to freedom of movement and security, along with the right to family life and privacy are all denied to the Kamlari girls, leading to further violations such as their right to education or health. The latest survey from 2011 estimated around 10,000 to 12,000 girls held in servitude under the Kamlari system, but the isolation and lack of awareness of the issue makes these estimations very approximate and rare (Plan International, 2011).

Why are Nepalese girls more likely to be enslaved: the result of an embedded mechanism 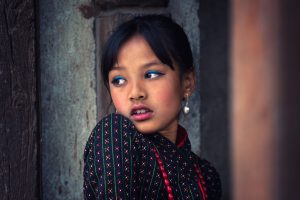 It appears that the perception of girls in the Nepalese culture plays a significant role in the predominance of female slavery. Despite its warm and colourful culture, Nepal’s history is based on a patriarchal influence, leading to great disparities and inequalities between men and women. The sole fact of being a female in this country increases the level of risk of falling into servitude. Girls are perceived as a financial burden to their family, due to the embedded idea that men provide financial contribution due to their ability to work. This idea is reinforced by the fact that men are often preferred to receive education, while girls are more likely to contribute to the financial situation of the family by being married.  This greatly increases their risk of abuse, violence and exploitation. Within society, girls are often perceived as second-class citizens, gaining value by their affiliation with a man. This is witnessed in Nepalese laws where women are often disadvantaged in opposition to a man with regards to inheritance rights, protection from domestic violence, or where a man is free from rape prosecution if he is married to the victim. As a result, this patriarchal culture perpetuates and propagates this idea of dominance of males over females and gives way to great difficulties when trying to flee or avoid slavery. As a result of this gender-based discrimination, girls often suffer from a lower access rate to education, fewer legitimate employment opportunities, lack of autonomy, making them more vulnerable to manipulations, thus to slavery.

What can be done: awareness, education and action 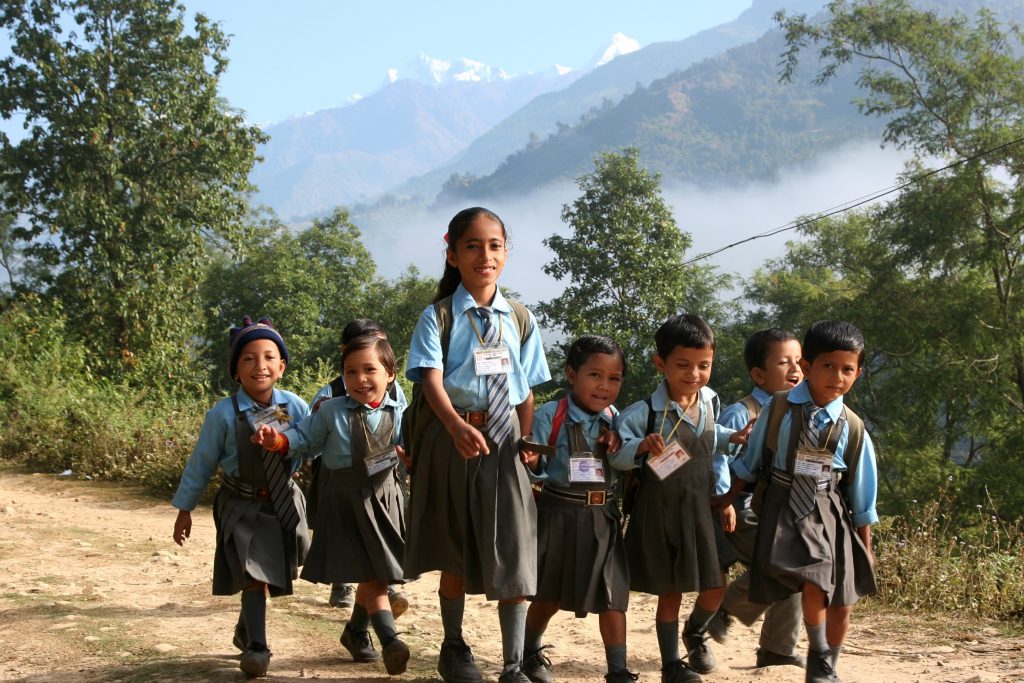 Fundamentally, the disproportionality of girls involved in slavery is both a symptom and a cause to great Human Rights violations, thus actions undertaken towards its dismantlement cannot be simply narrowed down to its victims.
As previously expressed, it is a global and societal issue, highlighting a serious need for awareness raising and education. It is essential for the Nepalese girls to be informed about the risks they face with regards to slavery. They need to be aware from an early age about the manipulations and tricks established aiming to trap them into slavery. The most promising technique is the involvement of previous exploited victims providing a testimony about their experience. In addition, these young girls need to be educated about their most essential rights and need to be empowered in order to claim and safeguard them when dealing with a discriminatory situation. Awareness and confidence raising can motivate these girls to challenge the social and cultural norms of their country.
But girls will not fight this battle alone. Nepalese boys also need to be educated about their equal status to women and about their responsibility regarding the safeguarding of the girls’ rights. Finally, the population as a whole needs to be the target of great awareness raising regarding the illegal slavery practices that go on behind closed doors. These girls can no longer be left isolated, with no one to turn to.

Subsequently, the Nepalese government also needs to take actions in order to safeguard these girls’ rights.  Historically, the political power has done very little in order to protect the Kamlari girls. In June 2006, a large group of women strolled to the capital demanding justice for the Kamlaris and recognition of women’s rights, but suffered great retribution by law enforcement who beat and bruised the female protesters (Nepal Youth Foundation, 2013). As a result of this chaotic event, the Supreme Court of Nepal seized the issue in September 2006 and declared the Kamlari practice as illegal (Pradhan.S, 2006). It is only in June 2013 that the government complies with the ruling, due to great international mediatisation of a young Kamlari girl immolating herself in an effort to be freed from servitude (Kids Rights Report, n.d). Despite the strategic plan established by the State then in order to dismantle the practice, the enslavement of the Kamlari girls remains a scourge to this day. Perpetrators still go unpunished and face very low risk of being caught. A serious lack of training of police forces to detect victims and practices, a victim’s word still far too stigmatised, a lack of trust in the justice system and most importantly the overbearing presence of these traffickers within the “protective” system as police officers, judges, civil servants make the dismantling process very challenging.

It is for all these reasons that we have decided to speak up about the struggle these girls go through, because we, at Humanium, strive to defend the rights of every child in the world, by raising awareness of our cause, working directly in the field and working towards changing mindsets.

Kids Rights Report, “Behind Closed Doors: child domestic labour, with a focus on the Kamlari system in Nepal”, [Online] https://kidsrights.org/sites/default/files/inline-files/Behind%20Closed%20Doors%20-%20Child%20Domestic%20Labour%2C%20with%20a%20focus%20on%20the%20Kamlari%20system%20in%20Nepal_0.pdf