The Children’s Parliament was formed in October 1999 because the French Assemblée nationale and UNESCO had a somewhat utopist idea. 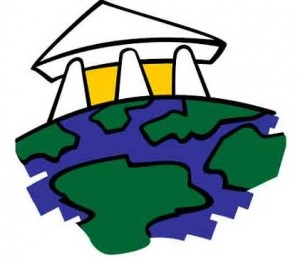 The Parliament gathered four hundred (400) youth from one hundred seventy-five (175) countries at the dawn of the year 2000 to discuss numerous subjects. Many terrible conflicts had surfaced at the century’s end, like Kosovo and Timor-Leste. It was no surprise that the children were, on numerous occasions, only concerned about one thing: peace.

They were charged with setting down their expectations for the future regarding the defense of the peace, solidarity, education, culture, economic development, human rights, and environmental protection. As such, they drew up the Youth Manifesto for the 21st Century.

Youth Manifesto for the 21st Century

The Manifesto proved that youth were very supportive not only of the principles in the French Declaration of the Rights of Man and the Citizen in 1789, but also those in the Universal Declaration of Human Rights on December 10, 1948. The Manifesto was sent to the heads of state and governments of the different participating countries, as well as to the presidents of parliaments.

In fall 2000, it was sent to the United Nations (UN). This document showed the need to make the 21st century one of peace between nations. It also emphasized the need for education to be accessible to all, without discriminating on the basis of race, sex, economic situation, religious beliefs, or cultural origins.

It showed children’s fears for the environment, as well as their concern for human rights and economic development. It also discussed solidarity, which was defined as working together towards a common goal, by either acting individually or taking part in a collective action. Finally, it promoted the preservation of cultures and the promotion of an intercultural dialogue through respecting the opinions and beliefs of others.