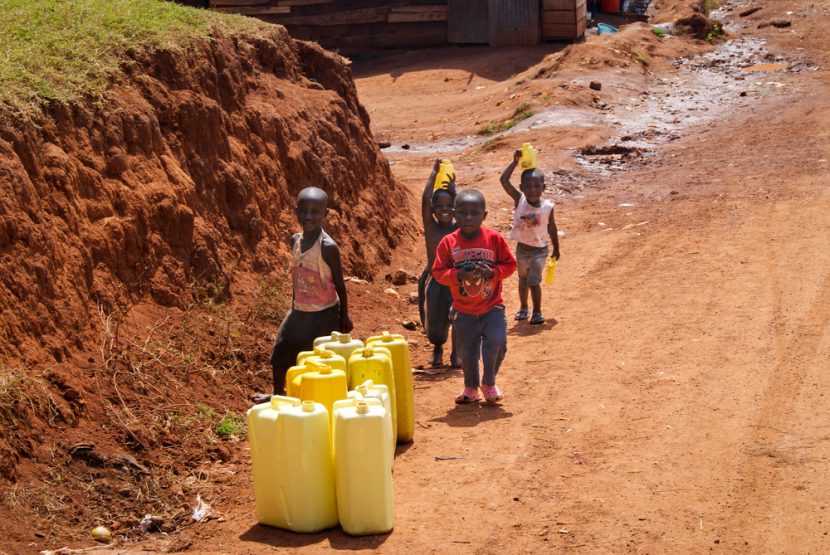 Child Labour denies fundamental human rights such as the right to education, right to rest and leisure and free from the country’s unfair working conditions, such rights are imperative to the living standard of children are upheld by international conventions.

The International Convention on Economic Social Cultural Rights (ICESCR) was ratified in 1987 and The United Nations Convention on the Rights of the Child (UNCRC) was validated in 1990 with both conventions ensuring that Uganda must adhere to these conventions andpromote, preserve and protect human rights. Humanium strives to make children’s rights happen.

Children are three times more likely to be employed than city children with child employment rate in rural areas at 34% compared to 11% in urban areas.

For instance, in Kampala only 3% of children are employed compared to eastern region 30%, western region 31% and central 45%.

The final category is mainly attributed to the Lord’s Resistance Army(LRA) which has been active since 1987. It is known that the LRA kidnap children and force girls to become sex slaves and boys to become soldiers. 80% of members LRA are children; from 1987 to 2009 it has been reported that 38,000 children have been kidnapped. 25% of girls are forced to cook and be sex slaves for Kony soldiers while boys are faced with the choice to kill or be killed.

Most if not all youth jobs are in the informal sector, therefore, meaning the youth have limited access to social or job security.

However between 2006 & 2012 school attendance increased by 8%, while the labour force participation decreased by 4%.

Direct action would play a crucial role in Uganda given the large size of the child labour population and country’s limited resources.

Direct action is desperately needed to ensure the removal, recovery and reintegration of working children whose rights are most compromised.

Follow-up actions ensuring that rescued children are provided with a full range of needed social services are also crucial.

Essentially a set child-centred policies which will promote schooling as an alternative to child labour. This will provide children with basic and life skills needed to further learning and practical living.