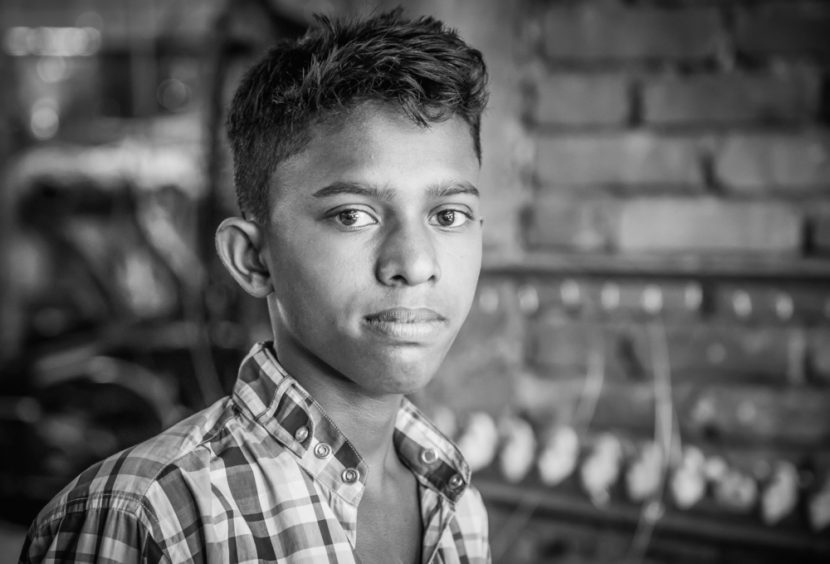 Today, nearly everyone has a smartphone. Worldwide, 54 mobile phones are sold every second, representing nearly 1 billion devices sold since the beginning of 2017 (Planetoscope, sans date.). This number is partly due to the fact that phones often become obsolete after 2 years or cease to function. The short life-span of these devices causes more phones to be bought and sold.

It is not uncommon for people to have more than one mobile phone. In 2014, there were more than 7 billion active phone contracts, almost equivalent to the number of humans on earth. However, there remain sections of the world’s population that do not own mobile phones (ibid.). The cell phone industry is nevertheless very significant, and for many, cell phones are now an indispensable part of everyday life. However, most people remain unaware of what is necessary for the production of this useful technology.

Apart from the exhausting hours and crushing pressure that employees within the cell phone industry face, producing these devices depends on the routine exploitation of thousands of children.

The Democratic Republic of Congo (DRC) is one of the world’s most impoverished countries. Children of the DRC are often employed to mine valuable metal ores, which are materials used in the construction of smartphones. The children descend into hot, humid, and lightless areas at the lowest reaches of the mines. Juvenile miners are preferred because they tend to be more obedient. Their small size also allows them to more easily move within the mines (Amnesty International, 2016).

While our smartphones are primarily made of aluminium and copper, it is tantalum for which the children in the DRC are paid to mine. This very rare material is used in the memory storage of portable devices and may be found in DRC mines (ibid.).

This work is incredibly dangerous, as children descend, without protection, into weak mines that occasionally cave in due to earthquakes. Because of this, a dozen children are buried alive each month (ibid.).

The Chinese labour code stipulates that children under 16 years of age are not allowed to work. However, in the factories producing smartphones for brands such as Huawei and Wiko, more than half of the employees, or about 100 people, were children under the age of 16 (Cash Investigation, 2014).These children work more than 13 hours per day, and sometimes into the night, for a salary of only 160€ per month, or about 40 cents per hour (ibid.).

The company Fairphone proposes an equitable solution. The organization produces phones that are produced with respect for both humans and the environment. They are made in a way that uses the minerals of Central Africa to the smallest extent possible. The organization also contributes to the bettering of work conditions in assembly lines (Vitt, 2016).

The biggest brands of smartphones try, as well, to make efforts to improve working conditions of their suppliers and subcontractors. However, change is slow and faces numerous obstacles (Cash Investigation, 2014).