The following facts illustrate the differences between girls and boys:

• In developing countries, one in three girls do not finish primary education, most often because they spend eight times longer carrying out household tasks. Consequently, there are 96 million illiterate girls aged between 15 and 24, compared to 57 million illiterate boys.

• Every day, 25,000 girls are victims of forced marriage. This can mean that they are forced to leave school. Pregnancy is the number one cause of death among 15 to 19-year-old girls.

• 50% of sexual assaults in the world involve girls under 16 years old.

Girls’ right to life is not respected as much as boys’. More boys born have been intentionally carried to full-term and girls die more frequently before the age of five. 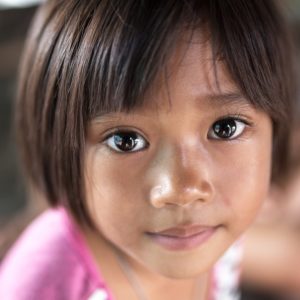 There are various factors that contribute to this situation. One is the wish (which is very strong in some countries) to have a son rather than a daughter. This is the case in China where a law limiting parents to having only one child has been introduced. The fact that men are considered more important in the social hierarchy means that many couples choose to terminate a pregnancy if the child would have been a girl.

Likewise, in poorer regions of China and in other countries where it is not possible to find out the sex of the child before it is born, newborn babies are killed when a child of the opposite sex was wanted. This practice is known as infanticide and mainly affects girls (female infanticide).

Both practices have caused a significant imbalance of the sexes in some regions. So much so, that a 2007 report by the UN calculated that there are approximately 100 million less girls than there could have been in the world, 80 million of whom would have come from India and China.

This imbalance has significant long-term consequences. A considerable lack of women in the world could result in a rise in the trafficking of girls and women, or in certain regions, in women being obliged to marry more than one man. It has been calculated that between 2015 and 2030, 25 million men in China will not be able to find a wife.

96 million girls are currently illiterate, compared to 57 million boys. This is because in some countries and regions, attending school is not considered a priority for girls. In such places, girls are expected to spend their time on household tasks or helping their mothers care for younger siblings.

Few studies on newborns differentiate between boys and girls; however, it seems that girls are born with a slight biological advantage over boys. Nevertheless, in many developing countries this tendency is reversed because girls are more often deprived of medical care, good hygiene, and sufficient nutrition. This means that they are more vulnerable to growth problems and death when they are still very young.

Another serious problem concerning girls’ health is child pregnancy. This is a particular problem when pregnancy is the result of a forced marriage and the girl is still too underdeveloped to safely carry a child.

Female genital mutilation is another violation of Children’s Rights. Every year, approximately 3 million girls and teenagers suffer this practice, which can lead to irreversible health problems and fatal infections.

Furthermore, it is important to highlight that domestic violence, which in many places is considered a private matter, is most often suffered by the girls and women of the family.

Every year, 10 million girls worldwide get married before the age of 18. This fact can have serious repercussions on their futures. It can prevent them from completing their education and can put their health at risk if they become pregnant while they are still very young.

Pregnancy is the number one cause of death among 15 to 19-year-old girls. Both the girls’ lives and the lives of their babies are at risk because the girls’ bodies are not yet mature enough to safely carry a child and they often do not have access to medical care during the pregnancy, birth or post-natal period. Each year, 70,000 teenagers die in developing countries due to complications related to childbirth or pregnancy.

Girls who are married before the age of 18 have a higher risk, both physical and psychological, of suffering domestic violence at the hands of their husbands or other members of their family. This type of violence is mainly a consequence of the male family members’ belief that women and girls are inferior and belong to them.

This type of violence is difficult to quantify and avoid, since it usually occurs behind closed doors. In many places it is considered a private problem and many women would not dare to report it. Not enough is done by governments to detect and punish this type of violence.

Sexual abuse is a coercive act against a person intended to make them carry out sexual behaviour against their will. Sexual abuse can be physical or psychological, and does not always involve physical contact with the victim, for example, when someone is forced to be in pornographic pictures or videos, or as in the case of forced prostitution.

Sexual abuse is an abuse of power and is one of the most harmful types of violence, both physically and psychologically, because it increases the risk of serious health problems such as sexually transmitted diseases, unwanted pregnancies, and psychological damage leading to depression, suicide, drug and alcohol abuse, etc.

80-90% of the abusers are men, while women act as accomplices. According to the Institut International des Droits de l’Enfant [International Institute for Children’s Rights], one in five women and one in five men have been the victims of sexual abuse.

Despite what one might think, there are many girls who join armed groups in times of conflict. In fact, it has been calculated that there are 300,000 child soldiers in the world and that 100,000 of them are girls. Most of them enroll because they want food and protection; however, they are often raped or sexually abused, or suffer other types of violence, even after the conflict has ended.