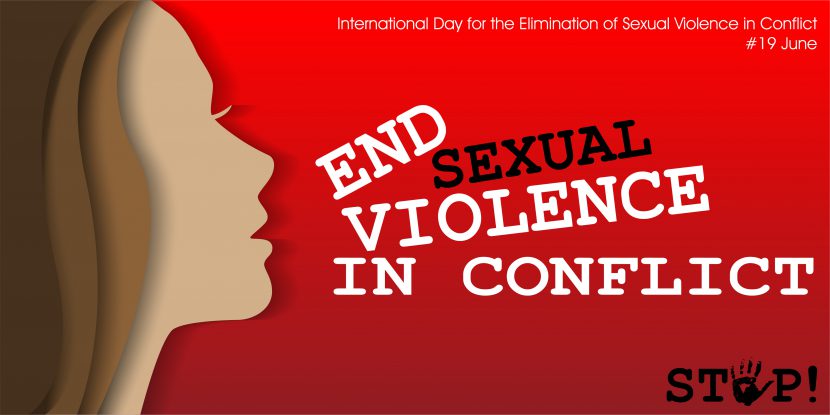 Rape as a weapon of war

Rape and sexual violence are defined by the International Tribunal as “any act of sexual nature which is committed on a person under circumstances which are coercive”. Further an act of sexual violence ranges from physical in nature to comments having a sexual connotation (Gaggioli, 2015). Moreover, “Coercion” not only includes physical force but also threats, intimidation, extortion and other forms of duress. International humanitarian law and human rights law absolutely prohibits all forms of sexual violence at all times and against anyone (Gaggioli, 2015). Despite this, sexual violence has occurred during armed conflict on all continents and is widespread in many wars today. The use of rape as a weapon of war is not limited to a certain time or region but has been employed in countries such as Central African Republic, Colombia, Democratic Republic of the Congo (DRC), Mali, South Sudan, Syria, and former Yugoslavia. Sexual violence was also widespread during World War II in different parts of Europe and Asia.

Survivors of sexual violence often face multiple stigmas, including the stigma of association with armed or opposition group, and of bearing children conceived through rape. In the eyes of society, the women and children are viewed as sympathisers of the opposition rather than the victims of armed and violent groups (United Nations, 2015). Moreover, children born of war may be left stateless without access to social protection provisions. As such, are vulnerable to trafficking and exploitation. Adding to their vulnerabilities, these children are often labeled as “children of the enemy” and are alienated from families and/or the wider society. As a result, the use of sexual violence in conflict echoes across generations, through continued cycles of trauma, poverty, and poor-health (United Nations, 2015).

Ending rape during war requires countries to address legal gaps and improve implementation of exiting domestic and international laws (Gaggioli, 2015). Moreover, stigma associated with sexual violence can have life-long repercussions.  As such, reintegration support aimed at alleviating stigma should be at the core of post-conflict reconstruction and recovery programs (United Nations, 2015).

Sexual violence and rape are pervasive in nature impacting women and children globally. In fact, UN Women states that 1 in 3 women face some kind of sexual assault at least once in their lifetime (SafeCity, s.d.). The Red Dot Foundation Group has implemented a number of initiatives to address widespread sexual harassment. Notably their flagship program Safecity is a platform that crowdsources personal stories to flag sexual harassment and abuse in public spaces. The identity of victims is kept anonymous and the data is aggregated as hot spots on a map indicating trends of sexual violence at local level (SafeCity, s.d.). This is useful for individuals, local communities, and local administration to identify the factors which may contribute to high sexual violence in an area and strategies for solutions. Since the launch of Safecity, over 10,000 stories from 50 cities in India, Kenya, Cameroon, and Nepal were collected and used to make these cities and public spaces safer for women and children (SafeCity, s.d.).

We at Humanium strive for a world where each and everyone’s rights are respected, protected and enforced.  It was thus important for us to raise awareness about the peril of rape and sexual violence. It is our work, values, and commitment to safeguard the rights of the most vulnerable. Visit our website https://www.humanium.org/en/ to learn more about our work, to contact Humanium’s team, and to stand beside us in improving the life of thousands of children throughout the world!”