The discrimination to which Roma children are subjected is described by Ms. Nursuna Memecan, a rapporteur for the Council of Europe, as a “specific form of racism, an ideology founded on racial superiority, a form of dehumanization and institutional racism nurtured by historical discrimination which is expressed, among other things, by violence, hate speech, exploitation, stigmatization, and the most blatant forms of discrimination“.

Current Situation of Romany Children in the European Union:

More than half of the Roma population in Europe,between 5 and 6 million, is under 18 years of age. Roma children are caught in a vicious cycle of social exclusion, as discrimination against them takes many forms and starts even before they are born, due to a lack of adequate maternal and prenatal care for Roma women. 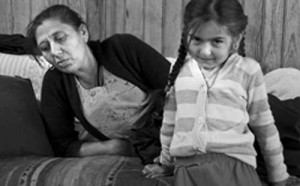 This social and historic marginalization affects several aspects of their daily life, as they are more likely to havepoor housing, limited access to medical care and education and are at an increased risk for being victims of violence, human trafficking, and statelessness.

The state of poverty among Roma children in the different countries of the European Union are symptomatic of the failure of social systems to function for all children.

Recommendations from the Council of Europe:

Based on this analysis, the Council of Europe took up the challenge to formulate different proposals aiming to reverse the stereotypes and discriminatory attitudes towards the Roma.

From their perspective, if the Roma benefit from the same opportunities in their childhood, they will in turn be able to contribute to the economy and diversity of Europe as adults.

The European approach is based upon the promotion of knowledge and respect for identity, all while connecting the Roma communities and NGOs concerned with implementing adapted policies. 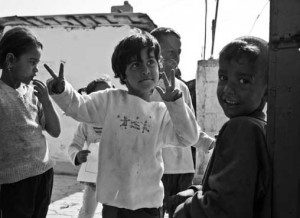 Children’s rights, founded on the principle of equal opportunity, compels states to establish a legislative and political framework and to gather the necessary resources to guarantee access to decent living conditions and education for all children.

In this sense, the Council of Europe recommends removing the socio-economic obstacles from access to education and integrated early childhood services to promote inclusion and to protect the physical and personal integrity of Roma children.

Besides the protection of Roma children, the final objective of these policies is to allow them to freely decide their future and to make them European citizens, members of a community tolerant towards all cultures.

Sources:
Report of 4 April 2013 of the Parliamentary Assembly of the Council of Europe, from Ms Nursuna Memecan