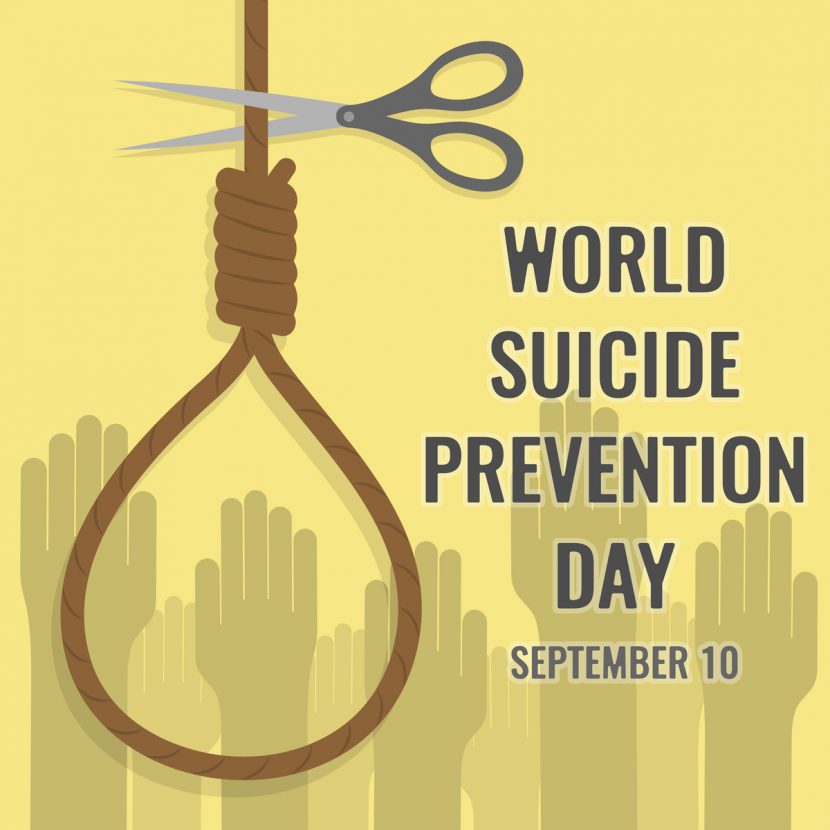 At Humanium we strive for strengthening the local communities one lives in, providing protection and involvement of each one individually and together!

Every 40 seconds, a person takes their own life. In a year, this amounts to 800 000 human beings. And for each suicide committed, there are 135 people that suffer intense grief or are otherwise affected. In addition, for every suicide, there are 25 people making a suicide attempt, and many more have serious thoughts about suicide. (International Association for Suicide Prevention, n.d.) Globally, suicide accounts for 1.4% of all deaths, making it the 15th leading cause of death. (Bilsen, 2018) These are just statistics, and behind every number there is a personality, memories, and a life. In order to help out, organizations throughout the world are calling for suicide prevention methods and awareness-rising activism. World Suicide Prevention Day, coming up on September 10, is a day which focuses specifically on raising awareness on ways to prevent suicide. In a day of commemoration but also of awareness, WSPD aims to help out people in need of mental support. (International Association for Suicide Prevention, n.d.)

The International Association for Suicide Prevention is dedicated to “preventing suicidal behavior, alleviating its effects, and providing a forum for academics, mental health professionals, crisis workers, volunteers and suicide survivors.” (IASP, n.d.)  In 2003, they created the first WSPD, endorsed by the World Health Organization (WHO). (McKenna, 2017) As recognized by WHO, more than 300 activities in more than 70 countries have been reported to IASP in celebration of this day in the past years. (WHO, n.d.) For the annual suicide prevention day in 2019, IASP is planning the annual Cycle Around the Globe project, which encourages participants to cycle around numerous the world while raising awareness for suicide prevention. In addition, they are inviting participants to light a candle near their window at 8pm on the day, with the activity Light a Candle. (IASP, n.d.)

In regards to age, suicide more often affects older people than younger, but it is still one of the leading causes of death among youths and adolescents. Globally, for the age group 15-29, suicide is the second leading cause of death. (Bilsen, 2018) The data recorded even begins at 5 years old. As researched by World Health Organization (WHO), “ it is the low- and middle-income countries that bear most of the global suicide burden, with an estimated 75% of all suicides occurring in these countries.” (WHO, 2014) Over the years, the suicide rate has not declined, and has rather increased steadily. (Bilsen, 2018) As a consequence, the rising rate of youth suicidality has had psychosocial and adverse socio-economic effects in communities. Indeed, it has sparked involvement from public mental health with effective preventive measures, but there is still work to be done. Suicide, among young people can come to mind after a certain level of helplessness, insecurity, stress, and a sense of losing control. (Bilsen, 2018) Affected by negative familial relations, friendships, and strict schools, youths can find themselves hopeless. Indeed, family factors are involved in 50% of youth suicidal cases. There are many other factors which can lead to suicidal thoughts among youth including mental and eating disorders, economic conditions, specific life events, previous suicide attempts, and imitation through contagion (being influenced by a role model). (Bilsen, 2018) The abundance of factors makes it difficult to find a universal suicide prevention, but there are common ways with which doctors and psychologists can work with in order to help out youths and adolescents in need.

To alleviate some stress, it is imperative that youths and adolescents alike receive supporting resources such as “a stable living situation, intimate friendships, a structural framework and economic resources.” (Bilsen, 2018) Of course, these are not easily achieved, which is why it is also important for youths and adolescents in need to receive mental support from certified psychiatrists and psychologists, giving them a voice to confide in.

As explained by WHO, many suicides happen impulsively.(WHO, 2014) Going from suicidal thoughts to suicidal action occurs often spontaneously and unexpectedly. Suicide is undeniably a battle which can be thought of for a long time, but resolved instinctively. There are also many reasons which push people to action, but there are also many ways of prevention. (Bilsen, 2018)

September 10 is an important day of awareness for these numerous ways of prevention. It is also an important day for those who are struggling to witness that they are not alone, and there are ways to get help. It is advised by numerous sources, including SpunOut, an interactive website regarding health created by young people for young people, to speak to someone when feeling suicide. (McKenna, 2017) WSPD is also a day on which people are encouraged to help those they see struggling, by asking simple questions such as: “You haven’t seemed yourself lately- is everything alright?” (McKenna, 2017) Talking about the issue is a huge step in getting better, as it allows for youths to gain access to mental health resources.

Here at Humanium, our projects are being completed with the help of psychologists, life coaches, leadership graduates, and Somatic Experiencing therapists that engage with participants. Through our methodology, we are giving a voice to those struggling, encouraging the beautiful adventure of human life. We view communication as crucial for human development, especially during times of crisis. This is why we encourage those struggling mentally to talk amongst their peers, their family and friends, their teachers, or anyone else close to them, in order to receive the support that they need. Together we are strong!