Child suicide: a complex and difficult to explain phenomenon

Often a taboo subject with numerous causes, child suicide is a delicate issue that is sometimes difficult to diagnose. Seldom studied at the international level, the incidence of suicide among children appears, however, to have been on the rise in recent years. 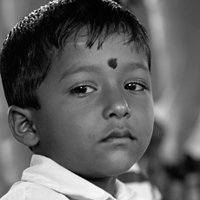 A suicidal child or adolescent is a minor who intends or plans to end his life.

Child suicide designates the act by which a child voluntarily brings about his death. In most cases, this is not simply a wish to die, but the ultimate means of escaping from great suffering or from a situation from which the child can find no exit.

A suicide attempt is defined as an act, which is not successful, through which a child expresses a wish to harm his or herself, putting him or herself in danger with the intention of bringing about his or her own death. Suicide attempts are not always failed attempts. Many are considered as desperate attempts to draw attention to the problems and feelings of malaise experienced by the child.

Child suicide is a taboo subject in most countries. Although suicide among adolescents is increasingly being studied, scientific studies of suicide among younger children (less than 13 years) are few, and there is no study of the international significance of the phenomenon among minors in general. However, reasons that drive children to commit suicide are very different from those that motivate adults.

Child suicide is sometimes difficult to diagnose, since children live in the present and have greater difficulty than adults in expressing unhappiness. Suicide in the youngest childs is moreover often thought to be accidental: it is often blamed on leaning from windows or crossing roads at the wrong moment, for example. Furthermore, the death of children without families and/or those living on the streets are often not investigated or even recorded by the authorities in some countries, which makes keeping statistics and carrying out studies difficult.

According to the few existing studies on the subject – mostly conducted in industrialised countries – most children who actually commit suicide are usually boys, while most suicide attempts are made by girls.

A study conducted in the United States reveals that suicide is the fourth largest cause of mortality among 10-14-year-olds, and the third largest in those over the age of 15. Even the suicide of a 7-year-old has been reported. According to two Swiss studies conducted in 2004 among children aged 11-15 years and 16-20 years, approximately 8% of girls and 3% of boys admitted to at least one attempt in their life.

The majority of these studies observe an increasing trend in child suicide and an increasingly risky behaviour previously only attributed to adolescents.

Causes of suicide in children and adolescents 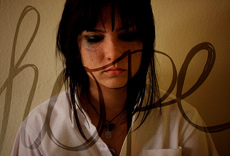 The end of childhood and the onset of adolescence are often difficult periods that present numerous challenges, such as hormonal changes, increases in school or professional work loads, turbulent personal relationships, and so forth, which can lead to negative thinking.
However, to speak of a single triggering factor would be incorrect. Although a significant event, such as the loss of a loved one, parental divorce, moving house, assaults, etc… may push a child to commit suicide, this is often the last straw that breaks the camel’s back. It is therefore preferable to speak of multiple causes and aggravating circumstances.

Factors that are most often referred to are psychological (depression, anxiety, anti-social personality) and behavioural (aggressiveness, drug or alcohol abuse). 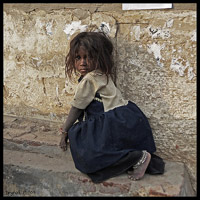 The family environment also plays an important role if it fails to offer the child a sufficiently secure atmosphere during the entire period of his or her growth. Desertion, neglect, ill treatment or the loss of cultural landmarks (as in the case of forced relocation) and the lack of future prospects, all may encourage suicidal tendencies. In general, isolation is a significant cause of suicide.

Other factors that occur from time to time or that are specific to a particular country, such as cyber dependence (addiction to video games or the internet), harassment at school or violence because of one’s sexual orientation or minority status, should also be considered.

For example, in Japan, where the authorities have failed to control the phenomenon, ill treatment and student bullying were responsible for 14 of the 40 child suicides that were reported between 1999 and 2005.

The case of minorities

The rate of suicide among the young in the Indian minority in Brazil and aborigines in Australia, for example, are four times greater than the national average of those countries, due to physical and psychological violence, as well as social discrimination.

Below is a list of symptoms that could be worrying, especially if several of them manifest at the same time :
– sleep disturbances (too little or too much)
– loss of appetite and/or weight
– isolation
– loss of interest in favourite activities
–truancy
– verbal and/or physical aggressiveness
– drug or alcohol abuse
– neglecting appearance and hygiene
– unnecessary risk-taking
– interest in death
– sending out worrying messages on the internet
– poor notes or unusual problems at school
– difficulty concentrating
– negative thoughts about his qualities, his successes

What is most important is attention from family members and educational personnel, who should support the child and not neglect or dismiss his feelings and problems, especially if s/he is going through a stressful period or profound changes in his or her life. An attempt should be made to gradually remove suicidal thinking or destructive behaviour.

Members of the educational staff (teachers, school physicians) should be trained to detect the signs and respond to them. Parents who suspect their child of having suicidal thoughts can, in most countries, contact help and advice hotlines or consult internet sites on the subject. Children themselves may use such services if they cannot find anyone close to them with whom to speak of their troubles.

If symptoms reveal a serious situation, it is important to have the child assessed by a physician to determine whether he is suffering from mental or behavioural problems. This should lead to appropriate care: psychiatric or psychological treatment, the prescription of medication and, if necessary, hospitalisation.
Find Out More!