Over 30 million children in India between the ages of 6 and 13 won’t start the new academic year (Estimating the Number of out-of-school Children,  2016). Instead, many of those who are out-of-school are forced to work as ragmen, miners and in restaurants. Humanium’s Education Centre project gives children new hope to engage in formal education, thus giving them a brighter and safer future.

‘“The Transit School changed my life!  “I will remain eternally grateful to India and my teacher, Ms.  Surya who helped me move ahead in life” – KEERTHANA’S STORY

“I am an independent person now” – SURYAKALA’S STORY 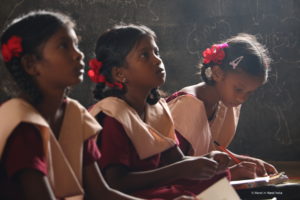 5.8 Million Children between the Ages of 5 and 17 are Currently Working in India

India holds the highest absolute number of children that are working in Southern Asia. However, 5.8 million may be a figure that underestimates the magnitude of the phenomenon due to numerous factors, including the ambiguity surrounding what constitutes “child labour” and its occurrence within the informal and “hidden” labour market. (Measuring Children’s Work in South Asia: Perspectives from national household surveys, 2014).

Child labour is work that affects the physical, mental and emotional well-being of the child, as well as work that robs them of their childhood and dignity  (International Programme on the Elimination of Child Labour, 2016). All children who are deprived of schooling lose their opportunity to gain education, that is, the right of every child. These out-of-school children are more susceptible to become labourers, mostly unskilled. Furthermore, child death is exponentially increasing through child labour.

The official definition in India limits the definition of child labour as work in hazardous or harmful environments. In fact, it can refer to work that interferes with a child’s schooling, prohibits them from attending class, forces them to leave school prematurely, as well as makes them work long and strenuous hours to fit both education and work into their lives.  Rural children are more vulnerable to this than urban children in the same age group, and rural girls run even greater risks of being out of school. Furthermore, children from the scheduled castes and scheduled tribes are also more vulnerable.

Humanium and his partner Hand in Hand act in India to fight child labour by implementing specialized educational centres called “Residential Special Training Centre”. The out-of-school children are enrolled in these educational centres. These transit schools target children in the age group of 6 – 14 years old, and focus on bridging the difference between psychological, intellectual and physiological development of the child. They will be  kept in the education centres for a period up to maximum  24 months.

This project aims to stop and prevent child labour, as well as to reintegrate the children in a suitable school curriculum. 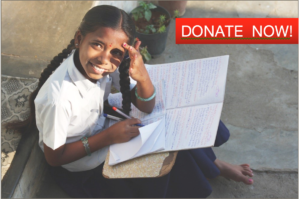