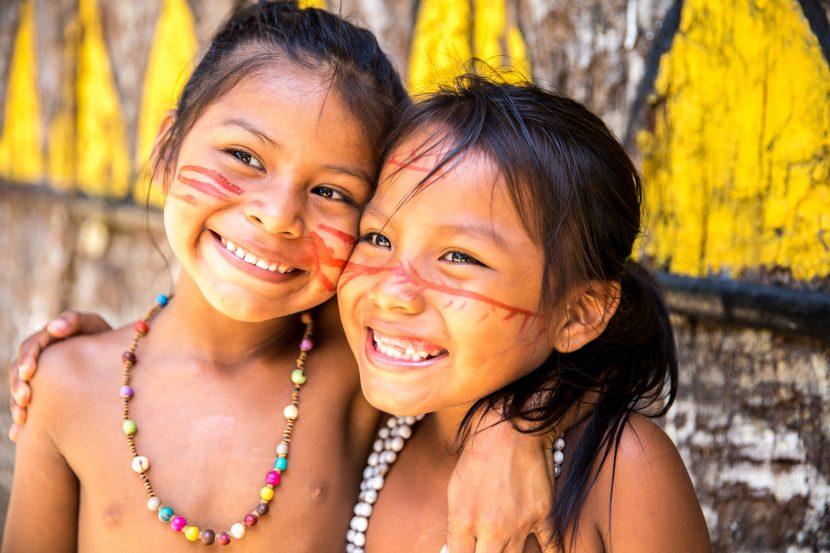 Indigenous peoples is a term full of controversy. According to the prestigious Merriam-Webster dictionary indigenous means ‘innate’, ‘inborn’, ‘belonging to a locality’. Its synonyms include ‘aboriginal’ and ‘native’. It’s an adjective that has been exploited for its ambiguity throughout history. Just recall the chicken or the egg dilemma. Which (or who) came first? Who are the real locals, the real natives?

After all, conquest and occupation have been common practice transcending cultures and civilizations for millennia. Nearly any culture that has survived to this day exterminated another at some point during its history. Interestingly, it’s always the privileged who argue along these lines.

Peoples, with that consequential s added to it, might seem less controversial, but don’t let yourself be fooled. That single consonant packs a huge punch. Peoples, opposed to people, indicates kinship, community and belongingness. For the powerful who maintain their power by adhering to the divide and rule maxim dating back to Ancient Greek warfare peoples embody the archenemy. Power is served by division.

As of early September 2019 Western media outlets are bombarding us, consumers, with reports on the fires raging in the Amazon rainforest. While the multitude of news stories are reaching levels of near saturation, only a few touch on the fate of the Amazon’s indigenous communities. In the midst of the President of France accusing the President of Brazil of being an accessory to the disaster, and the President of Brazil seeking revenge by accusing his French counterpart of colonialism, the human rights of the peoples who have tamed the rainforest lie forgotten.

Truth be told, the French President might be just as much an accessory as his Brazilian counterpart (think French petroleum giants and car manufacturers driving up global temperatures by burning immense amounts of fossil fuels) and the Brazilian president might be just as much a colonialist as his French colleague (think failing to implement internationally recognized indigenous peoples’ rights).

The saying sweep around your own front door before you sweep around mine might remind us of the powerful elite’s relationship with indigenous communities around the World: interference by third (state) parties is little-tolerated and self-criticism is under-exercised. Finger-pointing is widely practiced, yet “indigenous fingers” are mostly left out.

Indigenous voices are often reduced to the level of the screams of some threatened primate that cannot speak for himself in order to portray natives as vulnerable by nature, opposed to broken and exploited by their so-called civilized dominators. Controversially, endangered animal species have much in common with indigenous peoples in the “threats department”.

Deforestation and habitat loss are primarily seen as nature conservation issues, yet, they equally affect native communities living as hunter-gatherers and subsistence farmers in those ever-shrinking hidden corners of this planet. It might be time to reexamine where our capitalistic and megalomaniac world view is taking us. Whether we are heading toward universal prosperity, or toward the cliff’s edge. And whether we truly understand the meaning of the word prosperity.

Ten simple things you can – and might want to – do for indigenous peoples:

This piece was written for Humanium. At Humanium we promote the right to life for everyone and the conservation of nature with everything and everyone part of it. The year 2019 marked the 30th anniversary of the Convention of the Rights of the Child with events both in Geneva and New York. Hopefully you too were a part of this important celebration by attending, sharing, discussing.