A traditionally Catholic nation, Ireland has recently faced a dilemma over how it provides public education to its school children. About 97% of public schools in Ireland are funded by the government but run by religious groups – predominantly the Catholic Church. However, sources found that almost half of the parents in Ireland who have school-age children would, if they had the option, not send them to a Christian school. Even more importantly, this system discriminates against those who are not religious or who do not wish for their children to receive a religious education. Recent legislation has removed the rule explicitly making a religious education obligatory in schools – but barriers remain for non-Catholic families. 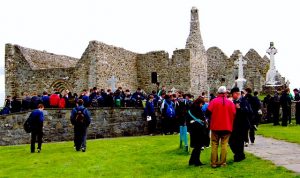 Education in Ireland is compulsory from ages 6 to 16. In order to attend a public school, parents must apply for admission for their children. The 90% of public schools that are Catholic nearly always require students to be baptized in the Catholic Church. This discriminates against the many non-Catholic families and children in the nation who struggle to find a school – especially in rural areas – as there are few alternatives.

Over the last four decades, church attendance in Ireland has fallen from 90% to 30%. Still, Catholic schools remain the only option in many areas of the country. Because of this, many parents baptize their children just so they will be accepted into a public school. 6% of public schools in Ireland are run by “multi-denomination” groups. While still predominantly Christian, these schools also teach ethics and religion from around the world.

In Ireland, we see state-funded discrimination faced by non-Catholic children.

Ireland’s “Rule 68” declares that: “of all parts of the school curriculum, religious instruction is by far the most important, as its subject matter, God’s honour and service, includes the proper use of all man’s faculties.” While this mandate was abolished in January 2016 after strong petitioning by many in Ireland (84% of Irish people wanted this change), the actual effect of this abolishment may not be seen for quite some time, as curriculums must be rewritten and schools restructured.

Before the abolishment of Rule 68, Irish curriculum mandated that religious education instruction be given for 30 minutes per day – twice as much time as was allotted to science or physical education classes in primary schools. A new curriculum is currently under construction, which is planned to introduce children to content about world religions and beliefs, with a focus on human connections and ethics. 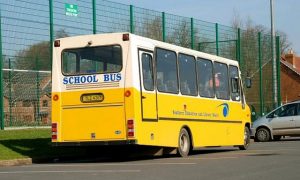 Even after Ireland announced the abolishment of Rule 68, the UN further called on Ireland to take measures to increase non-denominational or multidenominational schools to eliminate discrimination in the nation. Some have advocated for families to opt-in to religious education, while in the past children received religious instruction unless they opted-out. Proponents of a Catholic education remain in the nation, particularly leaders in the Catholic Church. The Bishops’ Council for Education claimed that the rights of parents would be compromised if religion was not allowed to dictate instruction and admission to public schools.

Hopefully, over the next few years public schools in Ireland will shift from religious to secular. However the 15.3% of those living in Ireland who are not Catholic continue, at the present time, to face severe discrimination when it comes to getting an education.