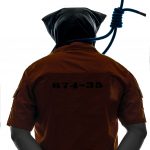 It is believed that as a country that has ratified the Convention on the Rights of the Child, Iran adheres to all of its fundamental principles, including the absolute ban on the application of the death penalty for people under the age of 18 when their crime is committed.

However, the reality is completely different in this country that seems to flout this fundamental principle, considering the mass executions of minors that have taken place and that continue to take place.

What are the principles under which this “law-abiding” state would legally authorize the execution of minors? What efforts are being made by international organizations to end this inexcusable human rights violation in Iran?

According to the Convention on the Rights of the Child, every member state must consider every person under the age of 18 a child. However, we must add another dimension to this concept: the minimum age of criminal responsibility. The minimum age of criminal responsibility is the age under which children are not considered criminally responsible. This means that at this age, a child is not considered to have the ability to break the law. Although this age varies from country to country, it cannot be lower than the age of 12 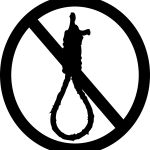 according to the Committee on the Rights of the Child.

Over the age of 12, children under 18 who have broken the law can be considered criminally responsible and be punished. However, as they are still considered to be “children” according to international law, the Convention on the Rights of the Child has established judicial mechanisms for the protection of minors that prohibit the death penalty and life imprisonment without the possibility of parole.

In Iran, the law doesn’t make any distinction between the minimum age of criminal responsibility and the age at which minors are considered legally responsible at the same level as adults. So Iranian law considers both 15-year-old boys and 9-year-old girls to be criminally responsible.

In other words, a 15-year-old boy and a 9-year-old girl can be tried as adults and therefore receive the death penalty.

Iran, the leader in the execution of juvenile offenders 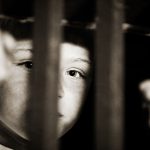 Unfortunately, Iran tops the list in the execution of juvenile offenders in 2016. According to an Amnesty International report, the country has registered 73 executions of minors between 2005 and 2015, including at least 4 in 2015. Unfortunately, this figure is an underestimate of the true number of death sentences, taking into account that the Iranian government refuses to reveal data on these executions, which it considers confidential.

In August 2014, a United Nations report indicated that more than 160 juvenile offenders had been sentenced to death and were languishing on death row awaiting their sad executions.

It is believed that these minors were generally condemned to death following unfair trials whose proofs of crimes were obtained through forced confessions following unbelievable torture and mistreatment.

The death penalty for juveniles: an inexcusable violation of Human Rights

It is a violation of children’s inalienable right to life, which is advocated by both the Convention on the Rights of the Child and the International Covenant on Civil and 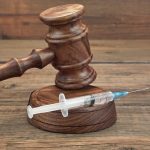 Iran is guilty of not respecting the international commitment that it made by ratifying the Convention of the Rights of the Child, which states in Article 37 that “Neither capital punishment nor life imprisonment without possibility of release shall be imposed for offences committed by persons below eighteen years of age.”

The International Covenant on Civil and Political Rights also formally prohibits the death penalty in its Article 6, stating that “Sentence of death shall not be imposed for crimes committed by persons below eighteen years of age.”

Stop the execution of children in Iran

The death penalty for children is inexcusable, cruel, and contrary to human ethics. It’s an avoidance tactic by these states; instead of establishing methods for protecting, correcting, and rehabilitating minors, they choose to simply get rid of them.

No crime committed by a child is condonable. However, the decision to condemn a child to death is an act of barbarism, as there is a range of policies that could be implemented for the correction and reintegration of a child into society. 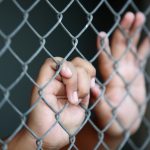 Unfortunately, there are still seven countries that continue to execute minors: Saudi Arabia, Iran, Maldives, Nigeria, Pakistan, Sri Lanka, and Yemen. The United States abolished it in 2005 following a Supreme Court ruling that judged it “cruel and unconstitutional.”

It is time for Iran as well as the other countries that continue to apply the death penalty to children to stop turning a deaf ear to the international community and the international human rights organizations that are calling for an end to this barbaric act.